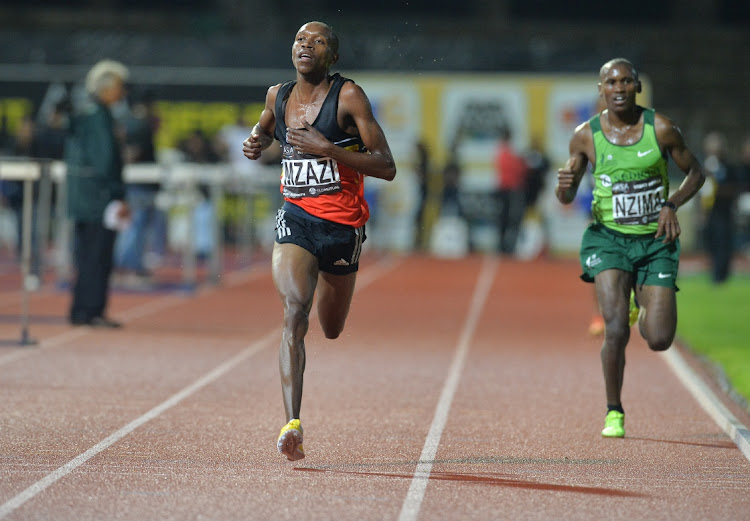 Prominent SA roadrunner Gladwin Mzazi has given up on his Olympic dreams due to the strict Covid-19 travel regulations.

With the Athletics SA marathon qualifying rounds closing at the end of the month, Mzazi has accepted his fate, that he won't be competing in the Tokyo Olympics  in two months' time.

The Central Gauteng Athletics (CGA) and the Boxer Running Club star has tried on numerous occasions to secure a marathon race overseas to no avail where he had hoped to run a qualifying standard to make into the SA Olympic team. At the age of 32, Mzazi's Olympic dream is fading fast.

His wife and fellow athlete Lebo Phalula competed at the Rio de Janeiro 2016 Games in Brazil.

“It is all over for me. I will watch the Olympics Games on TV. My team tried to organise races for me abroad but failed each time they tried. They struggled to get visas and permission to compete in those countries. We tried Netherlands, Italy and many other countries, but the problem is that they do not accept athletes from SA in most countries in Europe due to Covid-19," Mzazi told Sowetan yesterday.

"We had visa problems and time is running out. It is too little too late to try and secure a race now. Locally, we did not have marathon events also due to the Covid-19 regulations imposed on the sport."

The Adidas-sponsored athlete had an option to try to qualify in the 10,000m event but said the qualifying time of 27:10 was just too much for him.

Sibusiso Nzima, who qualified for the Brazil Games, is also battling to secure an overseas marathon. He has until the end of the month to book his Tokyo ticket.

Caster Semenya will make a bid for Olympic qualification in the 5‚000m in Durban on May 28‚ according to her SA-based manager Lee-Roy Newton.
Sport
1 year ago

The sprint sensation clocked in at 9.94 sec
Sport
1 year ago

Mahlangu fit and ready for Paralympics in Japan