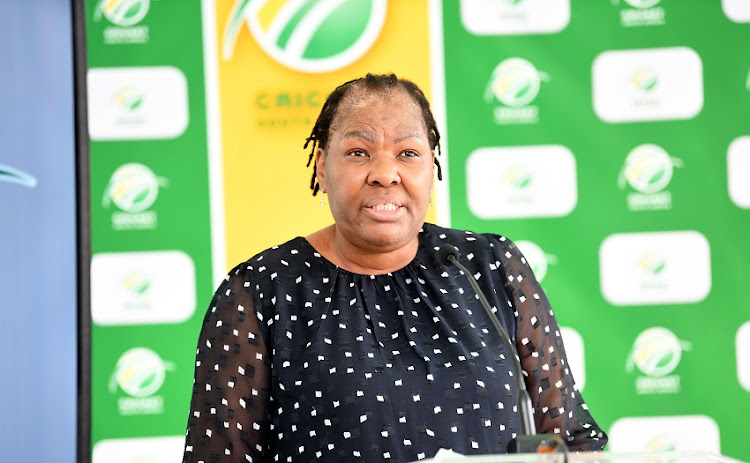 The government of Russia and the Russian Olympic Committee has offered its Sputnik V Covid-19 vaccine to African nations going to the Olympics later this year‚ including the Team SA athletes and delegation.

The deputy minister of the department of sports‚ arts and culture Nocawe Mafu confirmed the Russian offer during a virtual session of parliament’s portfolio committee sitting on Wednesday.

The South African government and Sputnik V have no agreement in place but Mafu said the department of sport is in talks with their health counterparts to ensure that the necessary certification or approval is secured before these vaccinations can be availed and administered to the South African public.

The department of health is looking to procure the Russian developed Sputnik V but the relevant regulatory bodies are yet to approve it.

“Whatever problems are there will be resolved at the political level.

“From what I understand with Sputnik is that Africa and South Africa are busy with the acceptance agreement and that process is in progress‚” said Mafu.

“I know for a fact that the only reason why Sputnik V is not yet in the country is because there are processes of testing to see that it meets the requirements of the South African government.

“If the vaccine is passed there is no reason why Sascoc and everybody will not use it.”

Sascoc president Barry Hendricks welcomed the gesture from the Russian government‚ the IOC and the IPC.

Hendricks said the IOC has already given Sascoc a directive to start discussions with Pfizer.

The final number of the Team SA delegation is projected to be around 217 athletes and 64 coaches and managers who will receive their shots before they travel to Japan for the July 23 to August 8 spectacle.

“With regards to the Pfizer vaccine‚ we did mention that the IOC have also now come to us to say that this vaccine will be fully paid for‚ to be issued to our athletes as well as the whole Team SA delegation‚” said Hendricks.

“We want to thank the IOC for making sure that all the vaccine is made available free of charge to all the sporting structures around the world.

“I received a call from the IOC today stating that we should start meeting with the senior management of Pfizer so that we can start this process of identifying our athletes.

The sports ministry’s director-general Vusi Mkhize said his office is waiting on the department of health to approve of the vaccination offers on Thursday and advice on its roll out approach.

“I will communicate to Sascoc on the response from the department of health and on the approach to make sure that our athletes are safe at the time they travel‚” said Mkhize.

Hendricks was asked by committee members what is the mood among athletes and if it is safe to take Team SA delegation to Japan given the pandemic.

“The mood is one of responsibility‚ care and security because of the pandemic‚” said Hendricks‚ adding that Sascoc will take a lead from the IOC and the South African government.

“The negotiations between the IOC and the Japanese as a country as well as the city of Tokyo have put all the rules and protocols in place to ensure that the Games go ahead.

“Sascoc will wait for their advice on the matter and they do provide us with regular updates regarding the pandemic in Tokyo.

“The athletes will get tested practically every day including the officials.

“While the athletes are training and still qualifying they know that they have to follow these protocols in order for the Games to be a success and in order to protect the Japanese pubic as well.”