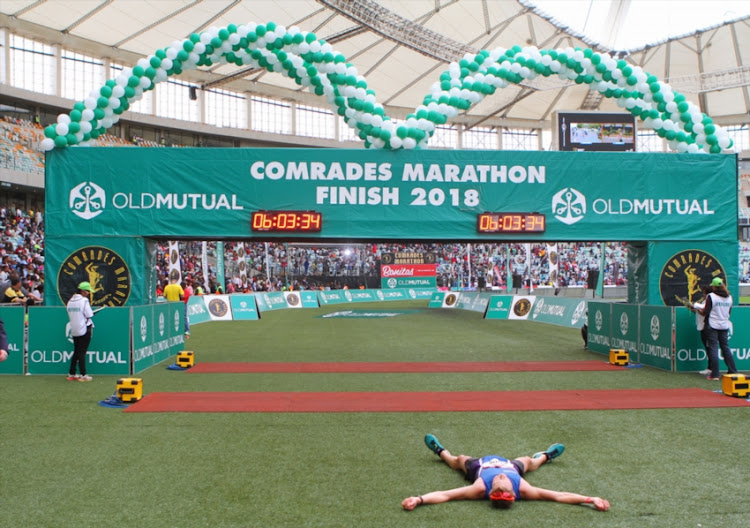 General views at the finish line during the 2018 Comrades Marathon on June 10, 2018 in Durban, South Africa.
Image: Anesh Debiky/Gallo Images

The 2020 Comrades Marathon scheduled for June 14 has officially been postponed‚ officials announced in a statement issued by Athletics SA (ASA) on Friday.

ASA president Aleck Skhosana said a new date would be decided once the government had made a decision on the restrictions to combat the Covid-19 pandemic.

“CMA’s position is that there is no priority greater than the health‚ safety and welfare of our runners‚ volunteers‚ supporters‚ stakeholders and the lives of our fellow South Africans‚” said Comrades Marathon Association chair Cheryl Winn.

“Therefore‚ any decision on the eventual fate of the 2020 Comrades Marathon will be taken in conjunction with ASA and KZN Athletics.”

The CMA came under fire last month after announcing it would make a call on staging the event on June 14‚ with Sports Minister Nathi Mthethwa saying it should be cancelled.

The Comrades is ASA’s biggest money-spinner in terms of TV rights revenue.