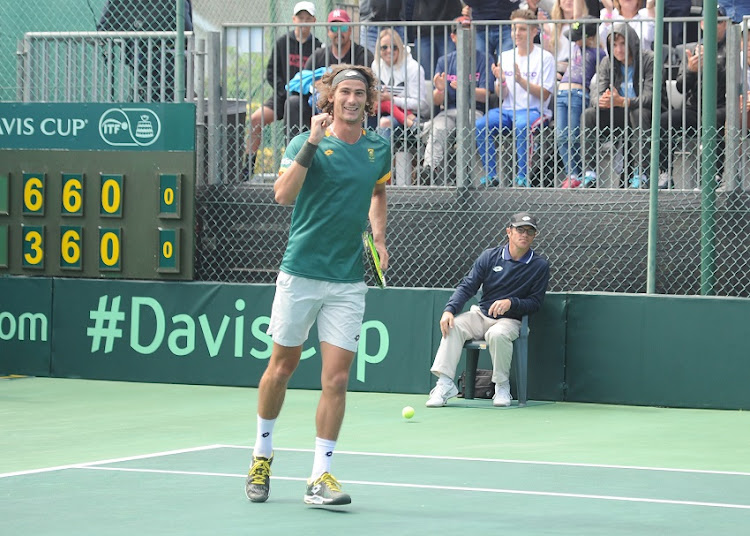 South Africa’s No 2 tennis player Lloyd Harris says he will have a quiet word with Kevin Anderson about playing Davis Cup for the country in the future.

The two players will represent SA in a new national team competition called the ATP Cup in early 2020‚ which takes place in Brisbane‚ Perth and Sydney just before the Australian Open.

The new competition does not replace the Davis Cup but will attract the best players in the world because of its timing just before the first Grand Slam of the year.

SA will now go into the play-offs to return to Group I‚ which is a step closer to joining the elite World Group.

Anderson‚ 33‚ has struggled with injury all season and underwent a scope on his knee while SA were taking on Bulgaria.

But he has not played Davis Cup for his home country since 2011.

Capetonian Harris‚ ranked 113 in the world‚ thrived on home support at the first Davis Cup tie in Cape Town for 20 years by winning both his singles ties in a charged atmosphere.

“We have an awesome bunch of guys in the team and we all get along really well; it’s like a little family for us‚” Harris said.

“Kevin knows the vibe in our Davis Cup team. He and I speak often and I see him on tour regularly now.

“As he’s mentioned before‚ at this stage of his career he wants to be a top five player and it’s been difficult for him to make the time for Davis Cup.

"I think it’s something he would like to do.

“He’s not against playing the Davis Cup‚ it just hasn’t fitted into his schedule.

"It’s tough because we would love him to play every time. Maybe now that we could be promoted if we win that World Group play-off‚ it might be appealing to him.

“We can’t say for sure he will play‚ but I will try and encourage him to play again. Ultimately though‚ I will respect his decision.

“For me‚ I’d love to have him in the team. We would be pretty strong if he joined.”