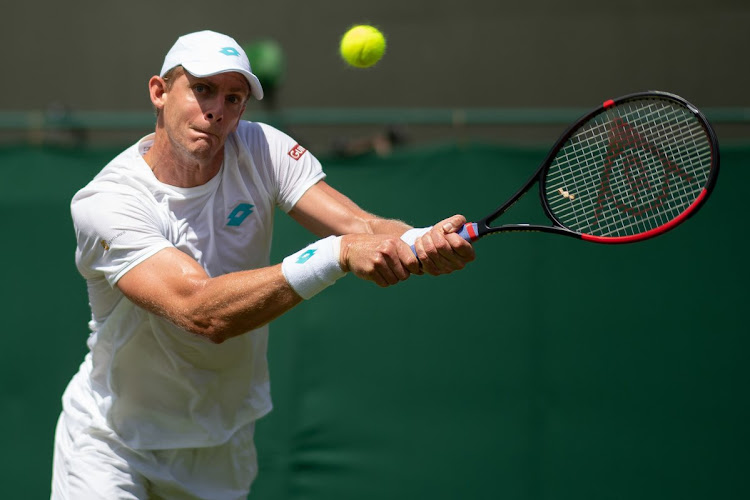 South Africa's Kevin Anderson cruised to the second round of the 2019 Wimbledon.
Image: Wimbledon/Twitter

Returning to the lush grasscourts of Wimbledon proved to be just the tonic Kevin Anderson needed on Monday as the 2018 runner-up buried memories of an injury-hit year by easing into the second round with a 6-3 6-4 6-2 win over Pierre-Hugues Herbert.

The South African, who had played only three tour-level events this year before arriving at Wimbledon due to an elbow injury, moved around a sun-kissed Court Three with ease to dispatch doubles specialist Herbert.

The straight-sets win would have come as a huge relief to fourth seed Anderson considering Herbert appeared to be in fine form on grass having reached his first tour level semi-final on the surface at the Halle warm-up tournament.

Herbert can now look forward to getting more vocal support from the local fans as he will be back on court alongside Andy Murray this week, with the duo bidding to win the men's doubles title as the Briton continues his recovery from hip surgery.

For Anderson, he would have been delighted to get off court with a win that took a mere one hour 46 minutes considering the last time he held aloft his arms in victory at the All England Club -- it was after surviving a six-hour 36 minute epic against John Isner in last year's semi-final.

Next up for the South African is either Serbia's Janko Tipsarevic or Japan's Yoshihito Nishioka.