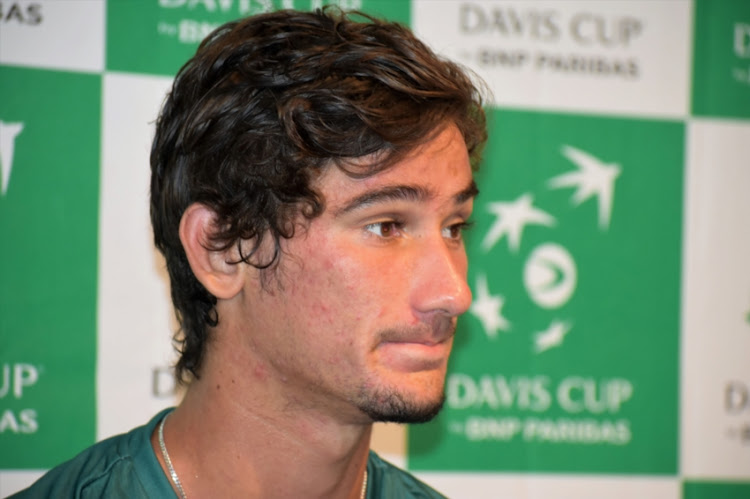 South Africa’s ‘other’ men’s singles player Lloyd Harris made a significant career breakthrough this week when he moved into the top 100 on the ATP tour rankings.

Harris‚ 21‚ claimed his third ATP Challenger Tour title with victory at the Launceston Open in Tasmania on Sunday and moved up 19 places when the rankings were released on Monday.

The prize money and the rankings points on the tour’s second tier are meagre‚ but that’s how other half of professional tennis players scrape out a living as they slowly work their way up. Or down‚ spending on the stage of their careers. Harris is most certainly on the way up and the R1.1m he has accumulated in prize money this year‚ is enough to allow him to stress less about bills and the cost of travelling the world‚ and focus more on his tennis.

A year ago he was ranked in the 300s and on Monday he was up to 100 to join World No 5 Kevin Anderson as the other South African male in the world’s top 100.

Harris didn’t drop a set all week in Tasmania and in the final he beat Lorenzo Guistino 6-2 6-2 in the final.

"I am obviously super happy to break into the Top 100‚" said Harris.

"I think this is a huge milestone for any professional tennis player. I am really excited to see what I can achieve in the near future.

“The win is a big boost with the ranking system and all the points you can get from winning this title…it just makes my route throughout the year a lot easier to eventually now break into the top 100.

“I started off from the first match serving well‚ playing well‚ just competing hard and trying to find my best tennis. It has just been a phenomenal week for me.

“I was consistent throughout the week‚ I focused very well. I was just competing for every point out there and really tried to battle. I was making it really difficult for guys to break me‚ so that was one of the keys” Harris said.