South Africa's Kevin Anderson under the radar at Wimbledon 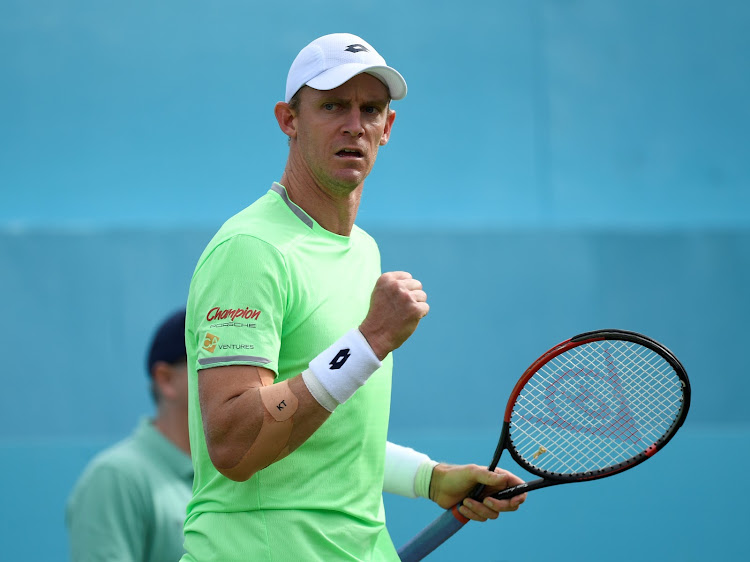 It is probably too much to expect a repeat of Kevin Anderson’s thrilling run to the men’s singles final at Wimbledon last year after an injury-plagued first half of the year for South Africa’s leading player.

Seeded No 4 after his heroics to reach the 2018 final‚ which included an epic six hour 36 minute semi-final against John Isner‚ Anderson comes into Wimbledon without discernible form.

Two weeks ago he made his return to court at the Fever-Tree Championships at the Queens Club in London after 10 weeks out with an elbow injury.

He played six sets at the traditional Wimbledon warm-up event‚ winning a first round in three against Britain’s Cameron Corrie and then losing in three to France’s Gilles Simon.

Heading back to Wimbledon as a past finalist will add pressure as well as expectation on Anderson.

“Obviously‚ I know that it will be very different from last year‚” Anderson told the New York Times.

“I’m sure there will be some special memories going back there‚ but‚ first and foremost‚ it’s a new year and a new opportunity. It doesn’t really matter what happened last year when you’re on the match courts.”

Anderson also beat the great Roger Federer in the quarter-finals last year‚ coming from two sets down to take the fifth set 13-11‚ stunning centre court and the eight-time champion.

It’s no wonder the Wimbledon seeding committee gave Anderson their No 4 slot despite a world ranking of No 8.

The match against Isner‚ which Anderson won 26-24 in a marathon fifth set‚ drained the South African of what reserves he had left.

Novak Djokovic inevitably steam-rolled the weary Anderson in straight sets in the final.

This year Wimbledon has changed the rules with a tiebreaker to be used if the match reaches 12-12 in the fifth set.

It’s still a slog for a match to reach that stage and will only affect a tiny percentage of contests‚ but in Anderson’s case it would have shaved off at least 90 minutes in last year’s semi-final.

Anderson‚ 33‚ has only played 12 matches this year because of the injury that has taken longer than expected to heal.

He won his first full ATP tournament of the year at the Tata Open Maharashtra in Pune‚ India in January‚ but was dumped out of the subsequent Australian Open in the second round by the up-and-coming Frances Tiafoe.

Anderson battled on for a few weeks‚ but eventually pulled out of the entire clay court part of the season to allow the elbow time to heal.

He was unable to serve with his traditional power.

He faces the dangerous Frenchman Pierre-Hugues Herbert in the first round at SW 19 on Monday.

The pair last met in the Winston-Salem final in 2016‚ with Anderson winning 6-4 7-5 but Herbert has been in good form this year with one ATP singles final appearance and losing to Federer in Halle on grass in the semi-finals last weekend.

South Africa’s second man in the draw‚ world No 87 Lloyd Harris‚ has unfortunately‚ or fortunately‚ depending on your view‚ drawn Federer in the opening round.

The 38-year-old Swiss might not be the player he was a decade ago‚ but he is still one of the world’s top three and a huge force on the grass at Wimbledon.

This is Federer’s 21st appearance at Wimbledon while it’s Harris’s first in the men’s singles main draw.