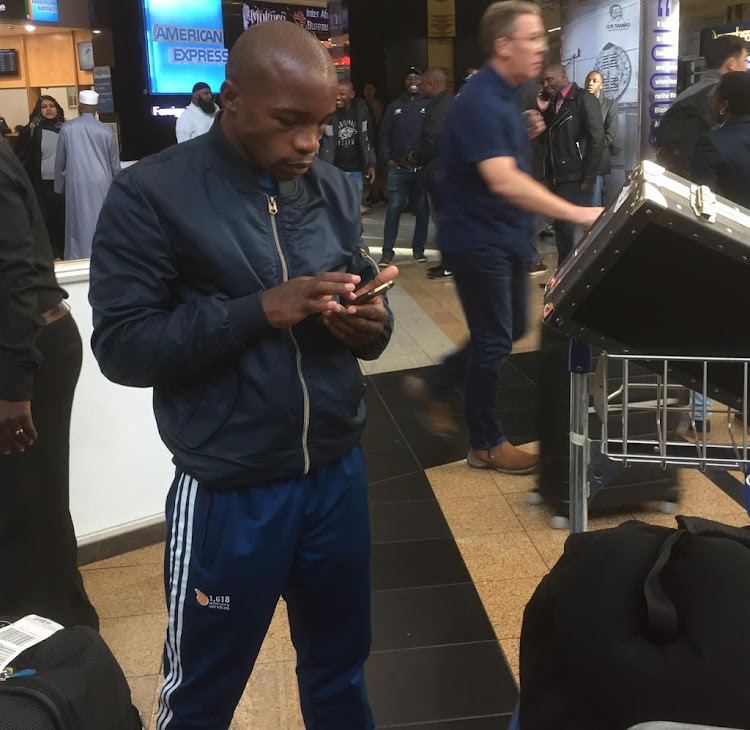 The 36-year-old is looking to rest after his tough 12-rounder against Japanese challenger Masayuki Kuroda in Tokyo on Monday left him feeling stiff.

“It’s like this every time I fight 12 rounds‚” Mthalane said as he gingerly tried to lift his arms.

But trainer-manager Colin Nathan is plotting his next move‚ which could be a unification bout against WBC champion Charlie Edwards of Britain.

“We want to unify and they want to unify. They want it in July but I think July is just too soon for Moruti‚” he said.

“It’s got to make money sense‚” added Nathan‚ saying he was also considering an offer to return to Japan for another defence.

He didn’t name the potential challenger.

Mthalane would love a chance to win another world title.

“A unification will be good. That’s the fight I want if everything goes well.”

Mthalane admitted that Kuroda fought a lot better than he had expected after watching some of his previous fights on YouTube.

With the partisan crowd cheering every Kuroda punch thrown — even if it didn’t land — the South African’s cornermen were under the impression that they were behind on the scorecards after eight rounds.

“When I told him he’s behind Moruti was like ‘what?!’‚” Nathan said with a smile.

Mthalane was actually ahead on the official scorecards by then‚ but they didn’t know that.

Even so‚ he went out and dominated the final four rounds‚ dishing out a frightening punishment that might have forced other referees or seconds to end it early.

Mthalane didn’t rate this as his toughest fight ever‚ saying his scrap against Ricardo Nunez in Panama City in 2012 was his hardest.

Mthalane was knocked down for the first time in his career in that bout‚ but got up to win by stoppage in the eighth round.

Mthalane‚ in his second reign as IBF flyweight champion‚ has now made a combined six successful defences since winning the belt for the first time in 2009 (he was stripped in 2013 for refusing to fight after refusing a paltry offer).

While Mthalane is unlikely to match the 12 defences of WBA junior-lightweight king Brian Mitchell or the 13 of Vuyani Bungu‚ who held the same strap as Ncita‚ Mthalane could entrench his class in a unification bout.

No SA boxer has won a unification bout; Mitchell was unlucky to be given a draw against Tony Lopez in 1991‚ and Jeffrey Mathebula was well out-pointed by Nonito Donaire in 2012.

Mthalane has the talent and dedication to change this statistic.

But on Wednesay morning‚ Mthalane’s most pressing thought was getting home to his wife and son.