Moment of truth for SA boxing 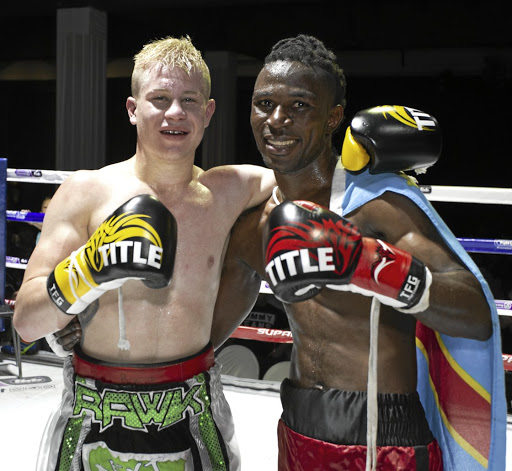 Is it the magnitude, tenacity or bloodthirstiness of the competition that decides the fight of the year? This question will be answered on Friday night at Sandton Convention where Boxing SA will host its annual boxing awards.

Three fights have been shortlisted for the 2018 fight of the year award.

First on the list is the international non-title fight between local rookie Roarke Knapp and vastly experienced Congolese Eric Kapia Mukadi which was staged by Boxing 5 at Turffontein Racecourse on May 6.

Knapp, 20, trained by Vusi Mtolo, is based in Edenvale. Mukadi, 27, is from Lubumbashi in the DRC.

Their fight was a topsy-turvy affair. There were no knockdowns and referee Simon Mokadi handled the bout well. Mokadi is nominated for the male ring official of the year award alongside Deon Dwarte and Alan Matakane.

Placed second is the SA welterweight contest between Mziwoxolo Ndwayana and Sean Ness at the Portuguese Hall where Ndwayana won by an eighth round stoppage.

Coincidentally, promoter Tshele Kometsi of TK Promotions - which staged that title fight - is nominated for promoter of the year award. Other nominees are Thembalethu Ntutu of Rumble Africa and Sandile Xaka's Supreme Promotion. Ndwayana was in control from the opening bell. Ness was cut over the eye in round five and he was already a beaten man after the eighth round. Trainer Colin Nathan aptly threw in the towel.

The third fight is the WBA Inter-Continental junior bantamweight championship between Nhlanhla Ngamntwini and Ulises Lara at East London's ICC Hall on July 27. It was staged by Xaba Promotions and Events. The Mexican won by a third round knockout.

While Moruti “Baby Face” Mthalane’s achievements have been outstanding his trainer‚ Colin “Nomakanjani” Nathan‚ believes there is so much more to ...
Sport
3 years ago

Mokebisi won by points while Nxokwana and Fortuin's championship was declared a draw. Wolmarans won the nail-biting junior welterweight clash against Kolosa.

The two boxers' trainers - Nathan and Lionel Hunter - are shortlisted for the trainer of the year award alongside Sean Smith, Alan Toweel Junior and Emile Brice.

Siya Vabaza-Booi, Pumeza Zinakile and Namhla Tyuluba are nominated for the female ring official of the year award while Simphiwe Gceba, Thando Ngodwana and Kedibone Phetho are contesting the most promising ring official.

Team Dida, Last Born and Starline Boxing promotions will vie for the most promising promoter's award. Only the seven categories that affect boxers will have monetary incentives of R15,000.