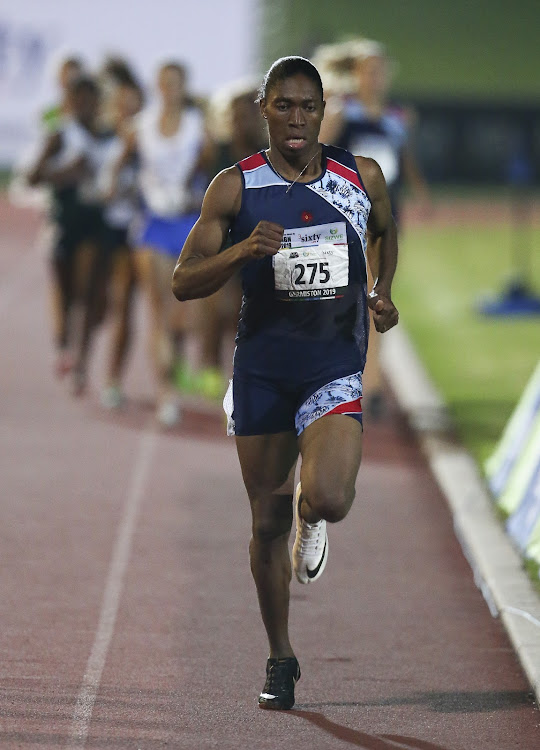 Caster Semenya won the 18th SA title of her career at Germiston on Saturday as she anchored her Gauteng North 4x400m relay team to victory at the national championships.

Semenya, who won the 5,000m and 1,500m titles on the first two days of the competition, has amassed 15 individual crowns and three relay mantles.

Earlier, baker Orazio Cremona cooked up a world-class throw in the shot put, landing a massive 21.51m that ranks him fifth in the world.

It was a huge improvement on the 21.12 from two years ago and would make him a strong contender at top international competition.

His was one of a few great performances on the final day of the three-day showpiece.

Lindsey Hanekom finally broke the 49-second barrier in the 400m hurdles as he won in 48.81, a time he knows he will need to improve on if he wants to secure his ticket to the world championships in Doha later this year.

Akani Simbine won the men’s 200m in 20.27, and his focus will switch to the World Relays next month before he focuses on his premier 100m event.

Zeney van der Walt turned the tables on veteran Wenda Nel in the 400m hurdles, winning by 14-hundredths of a second.

Prudence Sekgodiso collapsed on the line to down Gena Lofstrand by five-hundredths of a second in the women’s 800m and Kabelo Mahlosi edged Rynardt van Rensburg by four-hundredths in the men’s race.