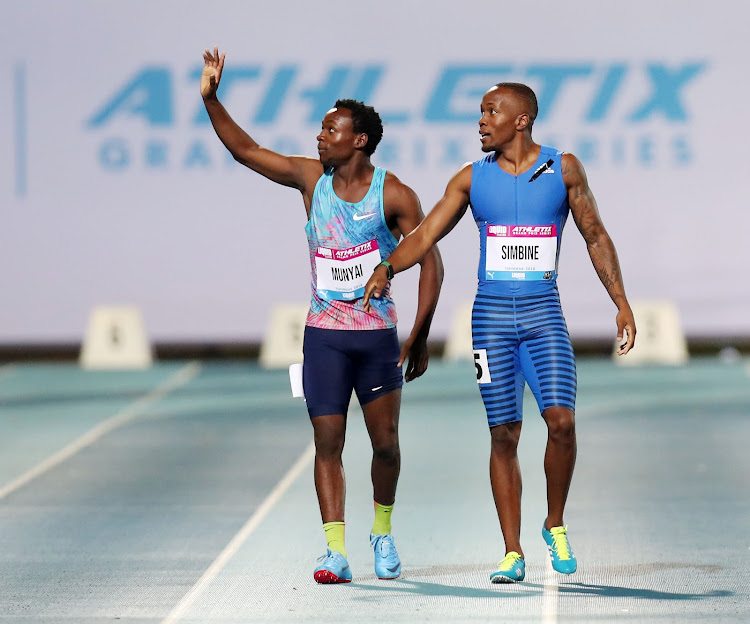 Akani Simbine shook off the rust as he opened his season with a comfortable victory in the 200m in Potchefstroom on Wednesday night.

He clocked 20.39 seconds on a chilly evening at the Ken McArthur Stadium that seemed subdued compared to the #FillUpPotch campaign that had ignited the national championships for two years.

Spectators covered only half the main stand, but perhaps that was partly because Athletics South Africa (ASA) had advertised this grand prix meet as taking place on Thursday.

It was originally supposed to be, but then the federation brought it forward one day without really announcing the change.

Perhaps the fans will descend here on Thursday. But those who didn’t arrive didn’t miss out on too much.

One highlight was the men’s 4x400m team who clocked 3min 02.13 seconds to qualify for the World Relays in Japan next month.

Simbine was another. His time was far off his 19.95 best, but he was still dominant. “A bit of a rusty race, first race of the season," he said after the race.

This is the first time the 100m king has opened up in the 200m, which will be his event at the SA championships in Germiston next weekend.

“It’s different because I’m so used to going with the 100s.

“I’m really happy with where I am,” he added, saying he was focusing on endurance in training at this stage so he could survive what will be a lengthy season.

The world championships in Doha is later than normal, spilling into early October.

Simbine is planning to run his first 100m at the Shanghai Diamond League on May 18.

He wasn’t the only big name in action.

It’s not her first disappointing start to a season; she’ll surely be back soon.

World under-18 and under-20 400m hurdles champion Zeney van der Walt got the better of Wenda Nel in the flat 400m, catching her on the home straight to beat the veteran by 0.3 seconds.

Crossing the line in 53.34 and 53.64 respectively, they were no match for the winner, Galefele Moroko of Botswana, who clocked an impressive 51.63.

Van der Walt and Nel will face off again in the hurdles in Germiston next weekend.​