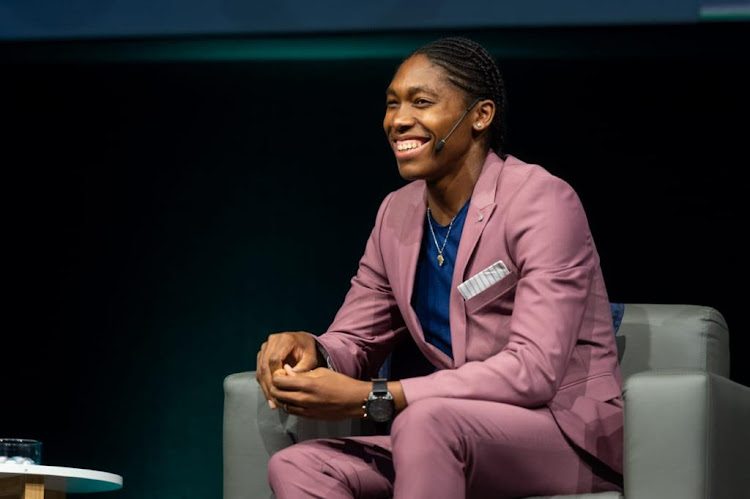 Olympic and world champions Caster Semenya in good spirits during her speech at the Discovery Leadership Summit in Sandton, north of Johannesburg, on November 1, 2018.
Image: DiscoverySA/Twitter

Caster Semenya will fight her battle with the IAAF in court and not in the media‚ her lawyers said in a statement on Thursday.

The firm Norton Rose Fullbright said the arbitration proceedings before the Court of Arbitration for Sport (CAS) in Switzerland were confidential and that she was not permitted to discuss the case publicly.

“She looks forward to responding to the IAAF at the upcoming CAS hearing‚” they said‚ reacting to reports apparently stating the IAAF’s case.

“Ms Semenya respects the rights and interests of transgender athletes around the world.

"Her case‚ however‚ is about the rights of women such as Ms Semenya who are born as women‚ reared and socialised as women‚ who have been legally recognised as women for their entire lives‚ who have always competed in athletics as women‚ and who should be permitted to compete in the female category without discrimination.”

The IAAF issued a statement late on Wednesday night denying one media report that it wanted to classify Semenya as a man.

“If a DSD athlete has testes and male levels of testosterone‚ they get the same increases in bone and muscle size and strength and increases in haemoglobin that a male gets when they go through puberty‚ which is what gives men such a performance advantage over women‚” the IAAF said.

“Therefore‚ to preserve fair competition in the female category‚ it is necessary to require DSD athletes to reduce their testosterone down to female levels before they compete at international level.”

Semenya’s lawyers reiterated Semenya’s desire to “run naturally‚ the way I was born”.

“Ms Semenya is fighting for her right to run without being required to undergo unnecessary medical intervention.

"She is fighting to run free.”