Mothibi makes a switch to run his first Comrades 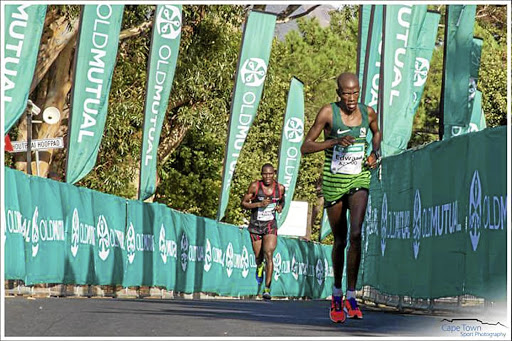 Edward Mothibi will run his first Comrades marathon on Sunday.

Having a training partner who has done it in ultra-marathons was motivation enough for long distance runner Edward Mothibi to enter his first Comrades Marathon.

Mothibi is the colleague of 2016 Comrades champion David Gatebe at the Impala Platinum Mine in Rustenburg, North West.

The two work in different sections of the mine but the training ground has become their constant meeting place.

Mothibi is the head clerk in the utility technical services while Gatebe is the sports and recreation officer at the mine.

"It's all about taking a chance since I have never raced in the Comrades," said Mothibi, who hails from Magogwe Koikoi, in Mahikeng.

He is more used to 42km races, with the Two Oceans Marathon the notable ultra-race he has covered a number of times, five in total.

Besides the Cape Town race, Mothibi has also appeared in the Soweto Marathon where he has finished in the top 10 in the last two years.

"Age-wise, maybe it's worth trying out the longer ultras now, they say running Comrades is a curse and, who knows, I might want to go back after Sunday's race," said Mothibi, supporting the perception that athletes with advanced age do well in ultras.

He turns 34 in November.

"Gatebe played an influential role as motivation for me to go there. We also have coach Peter Gaobepe who himself has done Comrades a number of times," said Mothibi.

"He's been pushing really hard in training but I told him there is no pressure on him to chase a top 10 [finish] or win the race," said Gatebe.

The 36-year-old, who holds the Comrades down run record time of 5:18:19, predicted that Mothibi will reach the finish in six hours.

The race on Sunday starts at 5.30am outside the Pietermaritzburg City Hall and finishes 12 hours later at the Moses Mabhida Stadium in Durban.