SA women were barely three seconds off the world best 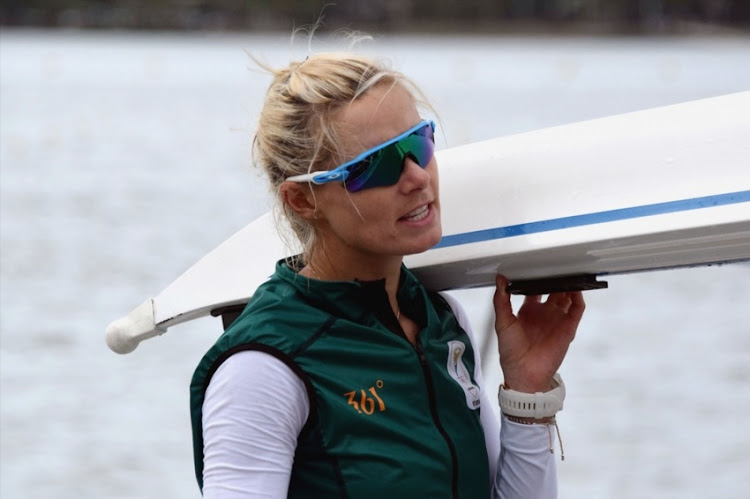 National rowing coach Roger Barrow is perhaps using euphemism when saying he was “pretty chuffed” with the performances of his crews at the year’s opening World Cup regatta this weekend.

Kirsten McCann and Nicole van Wyk may have finished second in the lightweight women’s double sculls in Belgrade‚ but their 6min 51.30sec effort was within four seconds off the world best time.

The new Dutch combination of Olympic Ilse Paulis and under-23 queen Marieke Keijser — within two seconds of the mark Paulis set with Maaike Head two years ago — are expected to go on to smash the record when they race in ideal conditions down the line.

So there’s nothing wrong with second place‚ especially for a crew that started working together only this year.

“I’m pretty chuffed‚” Barrow said after returning home on Monday‚ adding the squad would be back in training on Tuesday to get ready for the third World Cup regatta in Lucerne and the under-23 world championships‚ both next month.

“We’ve got work to do‚” Barrow pointed out.

McCann and Van Wyk exceeded expectations with their podium finish‚ delivering an explosive finish as they fought back from fourth spot to steal silver by less than half-a-second.

The SA duo were the fastest over the final quarter of the 2‚000m course‚ clocking 1min 40.28sec‚ but they were the second-slowest of the six teams in the final over the second quarter‚ registering 1:45.22.

Only the last-placed Americans‚ in 1:45.25‚ were slower on that section of the race.

“It’s about pacing strategy‚” said the coach. “It’ll come with confidence and racing experience‚ but we don’t want to go out blazing.”

Before the Rio Olympics‚ McCann and the now-retired Ursula Grobler would go out hard and then try to hang on‚ a strategy that failed them at the 2016 Games‚ where they slipped to fifth spot.

Barrow pointed out that what sets them apart from most of the other double scull crews is that the less experienced Van Wyk is the stroke‚ which sets the pace.

“Almost all the other crews have their experienced rowers in the stroke seat. We tried that for a few weeks‚ but it didn’t work.”

Barrow was also impressed with the men’s pair of Charles Brittain and James Mitchell who made the A-final‚ where they finished last.

But they won’t go to Lucerne‚ focusing instead on the age-group showpiece in Poland a couple of weeks later.

The men’s four will head to Switzerland‚ however‚ looking to do better than the ninth spot they managed on Sunday.

A few experiments had failed‚ Barrow conceded‚ and they should grow from that.

Vaughn Botes will compete in the lightweight single sculls in Lucerne‚ while his regular double partner‚ Nick Oberholzer‚ will do the single at the under-23 championships.

Kirsten McCann and Nicole van Wyk will team up for their first taste of World Cup action together in Belgrade as national rowing coach Roger Barrow ...
Sport
3 years ago

Athletics superstars Luvuyo Manyonga‚ Caster Semenya and Wayde van Niekerk are leading the race to be named the Sports Star of the Year at the South ...
Sport
3 years ago
Next Article