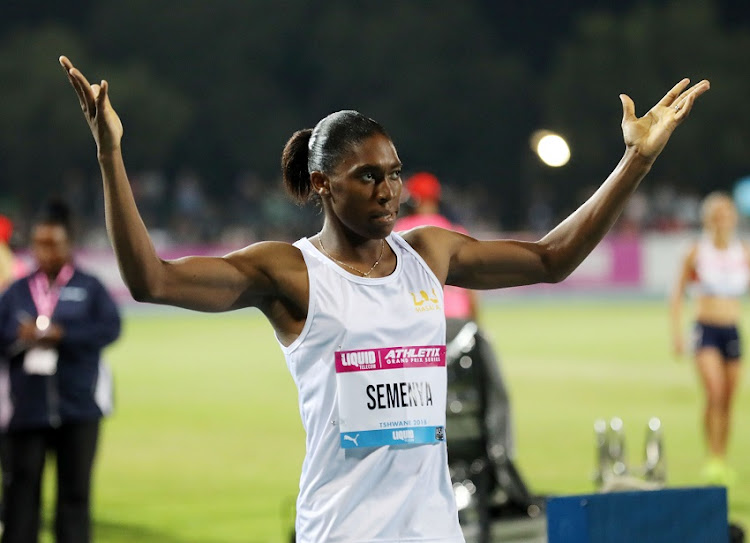 The Afrikaanse Hoër Meisieskool matriculant, who is the reigning world youth champion, obliterated the long standing record of sprint legend Myrthe Bothma (55.74) that she set in 1983 in Bloemfontein as a 19 year old.

Wenda Nel won the race in time of 55.01 but Van der Walt captured the imagination of the lively crowd with her second place finish of 55.05 to enhance her reputation as one of the brightest sprinting talents in the world and a genuine medal hopeful for South Africa in future major championships.

For her commendable efforts, Van der Walt is also sits fourth on the South African all-time rankings in 400m hurdles.

Speaking after the race, Van der Walt said her last hurdle was not perfect but she was happy with the way she raced as it will boost her confidence.

“I did run my own race, my last hurdle could have been better but I am happy with my performance. This victory gives me a lot of confidence because now I know that I can reach 55 seconds. My aim going forward is to run even faster but I am happy with my time today. I am thinking about the Tokyo Olympics but my main focus at the moment is on the World Junior Championships in Finland later this year,” she said.

The other major talking of the evening at the Tuks Stadium was sprinter Clarence Munyai who did not take part in the men’s 200m final, that was won by Luxolo Adams in time of 20.08 seconds, after he pulled out due to injury.

The crowd was expecting to see Munyai in action in the final as he broke Wayde van Niekerk’s 200m South African record in time of 19.69sec — the 10th fastest in the world ever — in the semi-finals on Friday.

In the women’s 800m final, Caster Semenya easily romped home in time of 1.57.18 for her fastest time in South Africa to convincingly beat Gena Lofstrand and Lee-Ann Blake who finished second and third respectively.

In the men’s long jump, Manyonga took top honours with a leap of 8.41m and he was followed by Rushwal Samaai on 8.21m with Zarck Visser ending third on 8.07m.

“It was an exciting competition to see other competitors jumping over 8m and that shows that in a year or so to come there will be over ten people jumping over 8m. This augers well for long jump in South Africa,” said Manyonga after his event while adding that he is unlikely to take in the Atheltix Grand Prix in Cape Town this week.