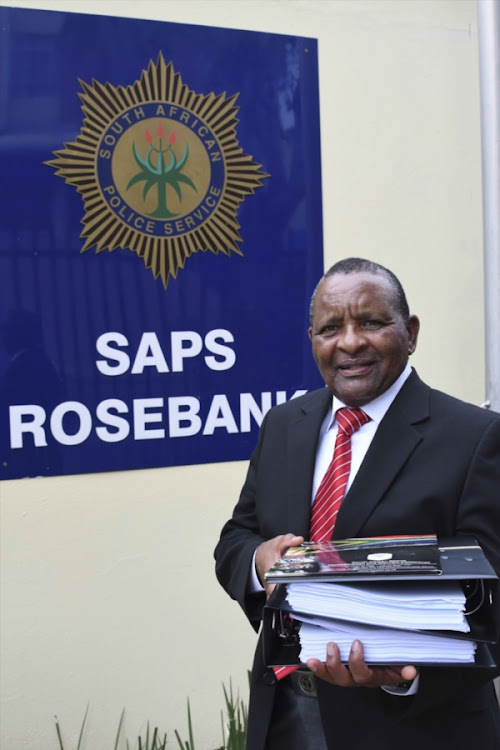 Gideon Sam of Sascoc during the South African Sports Confederation and Olympic Committee's (SASCOC) Annual General Meeting at Olympic House on February 10, 2018 in Johannesburg, South Africa. After the meeting, Gideon Sam, Sascoc president handed more than 400 pages in at the Rosebank Police Station in the body's complaint against the three senior employees who were fired last month.
Image: Wessel Oosthuizen/Gallo Images

The SA Sports Confederation and Olympic Committee (Sascoc) was dysfunctional‚ the ministerial committee of inquiry into governance issues at the umbrella body heard on Monday.

Desiree Vardhan‚ in charge of coaching at Sascoc‚ told the inquiry the environment at work was “very toxic and threatening” and innovation was shunned.

She also testified she had been shocked to discover in 2016 that her budget for the year was less than R300‚000‚ but government had given Sascoc R2.4-million specifically for coaching.

She told the committee she had been told this by Armand Meintjies‚ who had worked in the finance department at the time before quitting.

Vardhan also spoke about how her laptop had been hacked at work and she had requested senior managers to assist her with protection.

Asked if she had received a reply‚ she responded: “No‚ sir.”

Because of strict protocol at Sascoc‚ she had raised the matter only with her line manager‚ Ezera Tshabangu as well as acting CEO Patience Shikwambana.

“We should invite Ms Tshabangu to tell us why she’s done nothing‚” said retired Judge Ralph Zulman‚ who is being assisted by veteran cricket administrator Dr Ali Bacher and labour law expert Shamima Gaibie.

Zulman asked her if she still felt the same way as when she submitted her written submission to the committee.

“You say Sascoc is dysfunctional and it hinders your work.

“I would have stood by this with regards those dismissed officials‚” she responded.

“They were promoted or given international trips.”

Zulman told her: “You’re not the first to tell us that Sascoc is dysfunctional. That’s the general impression I’ve got so far … we’ve got to hear the other side.”

Among those who testified on the opening day was former Athletics SA board member Laraine Lane‚ who pointed out that Sascoc board member Hajera Kajee had been on the sports distribution agency for Lottery funds.

She also claimed that Sascoc president Gideon Sam’s name was on the letterhead of a marketing company‚ Insight‚ alternatively known as Accelerate.

Bacher asked her to clarify both these points‚ suggesting this was not right if true.

Lane was on the ASA board in 2009 when the federation was put into administration by Sascoc‚ which also suspended several board members and office bearers.

She took Sascoc to court to fight her suspension‚ which she won‚ but when the body appealed‚ she couldn’t afford to fight further and ultimately lost by default.

“The administration of Sascoc are bullies. I don’t believe they have any respect for any federation.”

All eyes will be on retired Judge Ralph Zulman when the long-awaited inquiry into allegations of misconduct at Sascoc finally gets underway at the ...
Sport
3 years ago

Team South Africa squad selection policies have once again come into question after the list for the Commonwealth Games was revealed this week.
Sport
3 years ago

Veteran jumper Khotso Mokoena is livid that he has been left out of the Commonwealth Games team that was announced yesterday.
Sport
3 years ago

Sprinter Anaso Jobodwana was the noticeable omission from the Commonwealth Games squad named in Johannesburg on Tuesday.
Sport
3 years ago
Next Article