Here's how the public can report brown locust sightings 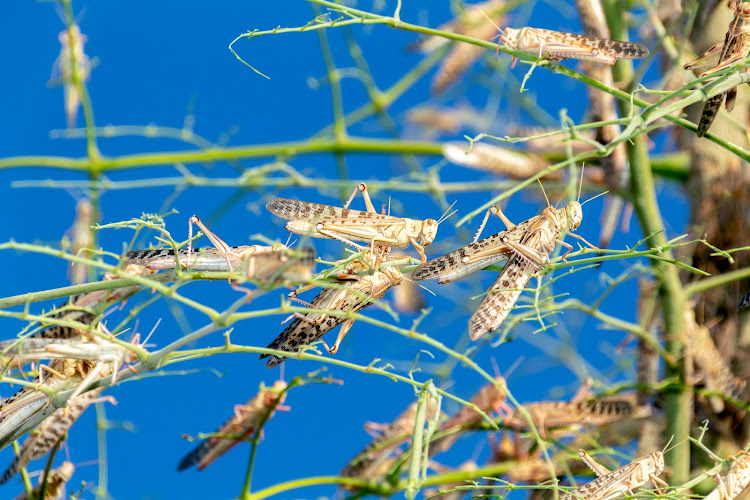 Agriculture, Land Reform and Rural Development Minister Thoko Didiza has called on the public to alert the departments nearest district offices when they spot brown locusts.

Minister Didiza said South Africa is experiencing an outbreak of brown locust in the Eastern Cape, Northern Cape and Western Cape since September 2021.

The outbreak tends to escalate due to the amount of rainfall received, and this has resulted in the development of more locusts.

“This locust outbreak is the highest in decades, with more rainfall in the Karoo and nearby areas. The wind is also playing a role in migrating the swarms to areas where they have never been, such as the Garden Route area in the Western Cape and on the citrus farms of Kirkwood and Patensie in the Eastern Cape.

The department has appointed ground teams to control locusts in the three provinces. The ground teams include 1 200 controllers and two helicopters that are currently doing aerial spraying, mostly on inaccessible areas and where there are huge locust outbreaks.

To date, the department has spent more than R80 million on locust control. Most of the funds have been spent on insecticide, including spray pumps, protective clothing, payments to controllers and aerial spraying.

Minister Didiza added that the department has established a Joint Operation Committee  that meets once a week to discuss locust control issues. The participants include her department; the Agricultural Research Council; Free State, Eastern Cape, Western Cape and Northern Cape officials, and organised agriculture.

Report sightings of brown locusts to the department of Agriculture, Land Reform and Rural Development officials: Vuyokazi Jongwana on 084 760 8176 and Mulalo Matodzi on 083 326 7773.

Mpho Moteka (26), from Qwa Qwa in the Free State, says his passion for agriculture motivated him to establish a farming business to create jobs for ...
SebenzaLIVE
10 months ago

With the numbers of unemployed graduates increasing in SA, Athizintle Nkaqa decided to start her own farming business instead of frustrating herself ...
SebenzaLIVE
10 months ago

If you asked Lusanda Moletsane 15 years ago if she would consider a career in agriculture or farming, her answer would have been a definite "no".
SebenzaLIVE
11 months ago
Next Article