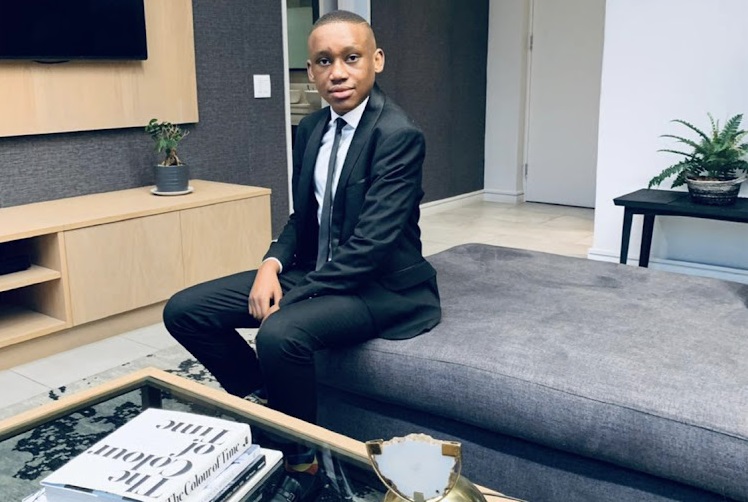 Real estate agent Mpho Botha, 21, has proved that age is just a number when it comes to property.

He is one of SA’s youngest and brightest real estate agents and recently sold an R18.8m property. Botha battled anxiety and depression before making his big sale at Urban Trend Properties.

“Firstly, it was the age issue. Many people doubted me due to the fact that I am a 21-year-old in a space that is dominated by whites and most key players are way older. Secondly, I didn’t have an income for those first  five months.  All of this resulted in so much anxiety and I actually even got diagnosed with depression in the process,” he said.

Born in Welkom, Free State, Botha was raised by his mother after his father passed away when he was only a year old. He is now based in Johannesburg.

Botha always wanted to end up in business and went to university to study business management but dropped out due to finances before becoming an agent.

“I dropped out in my first year. I got into property while interning at the Mrs SA pageant as their social media manager. I met my mentor, Sandra, and she offered me a job as a real estate agent and the rest is history,” said Botha.

He said what he enjoys most about his job is helping people find their first luxury homes.

“I absolutely love being around spaces that seemed so far off while growing up. I also get to be exposed to a great network of people that I look up to and there’s nothing more precious for me than to know you are helping making dreams come into fruition, people spend their whole lives working and dreaming about living in luxury homes,” said Botha.

The young agent said he was ecstatic when he made his first multi-million rand sale.

“I was overwhelmed with excitement and nerves as this was my very first deal but more than anything I kept thinking about what’s next and how my life is about to change. But most importantly, I realised that hard work, consistency and patience pay off,” he said.

Botha said he is currently working on a project to bring more young people into real estate. He hopes that by 30 he will have his own company selling property in New York City.

“My family is super proud, especially my mom. She watched me go from struggle to struggle as an entrepreneur and there’s nothing more fulfilling than calling your mom and saying “mom, we’re gonna be okay, I’m making it.”

One-stop platform for those starting a business

Three government entities are firmly focused on enabling the ease of doing business in SA to grow the economy.
SebenzaLIVE
3 months ago

Dlomo-Nwankwo's TLC a property giant in the making

Wendy Dlomo-Nwankwo, who runs a black women-owned company, is breaking new ground in the property industry.
SebenzaLIVE
1 year ago
Next Article