Doing his bit to help people with disabilities fight Covid 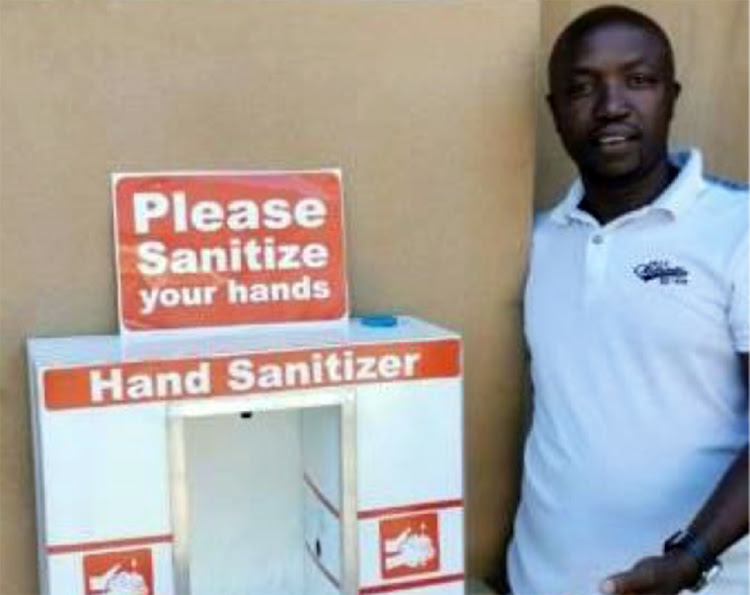 Ezekiel Moimane is playing his part in the fight against COVID-19 through his invention.
Image: Vukuzenzele

Ezekiel Moimane is playing his part in the fight against Covid-19 through his invention.

A Limpopo businessman has made it easier for people with disabilities to sanitise their hands.

The need to create an affordable, automatic hand sanitising dispenser for people with disabilities inspired Limpopo boilermaker Moimane, 45, to design and manufacture one.

It was during the national lockdown that Moimane, from Phalaborwa, realised that many people in his rural area struggled to use the widely available pedal sanitiser dispensers.

These dispensers were not user-friendly, especially for those on wheelchairs.

Moimane decided to do something about this by designing and manufacturing an automatic sanitiser dispenser that is better suited for people with disabilities.

“They just have to put their hands below the nozzle and the sensor will detect them.

“It then automatically dispenses hand sanitiser. One can place it at the entrance of their workplace, shop or home. It can sanitise 650 pairs of hands,” he explained.

While there are sanitiser dispensers like the one Moimane designed in the country, he said they are expensive and not readily available in rural areas.

“I used stainless steel, mild steel and other related materials to manufacture the device. This makes it cheaper to make and cheaper to sell,” he said.

Moimane’s dispenser has a 1.3-litre switch tank that holds the sanitiser and a 220-volt back-up battery that can last for seven hours without electricity. The pump nozzle can be adjusted to disperse between 2ml and 10ml of sanitiser at a time.

Moimane added that he completed the project through self-knowledge and determination.

“I completed matric at Tshabelang Dinoko High School and furthered my studies to become a boilermaker at Ekurhuleni Academy in 2008. I then established my own company, Let Him Decide. Now I am the founder of this important hand sanitising dispenser,” he said.

Moimane plans to donate some of the dispensers to disability centres and old- age homes in his area.

“We all need to play our part in fighting the spread of the coronavirus disease. I know it may not seem like much, but I will be happy to be among those who contributed,” he said.

A father and son, who founded a 100% black-owned dairy business, want to give opportunities to small and emerging farmers in the milk production ...
SebenzaLIVE
1 week ago
Next Article