Teen hailed as champion for donating groceries to the poor 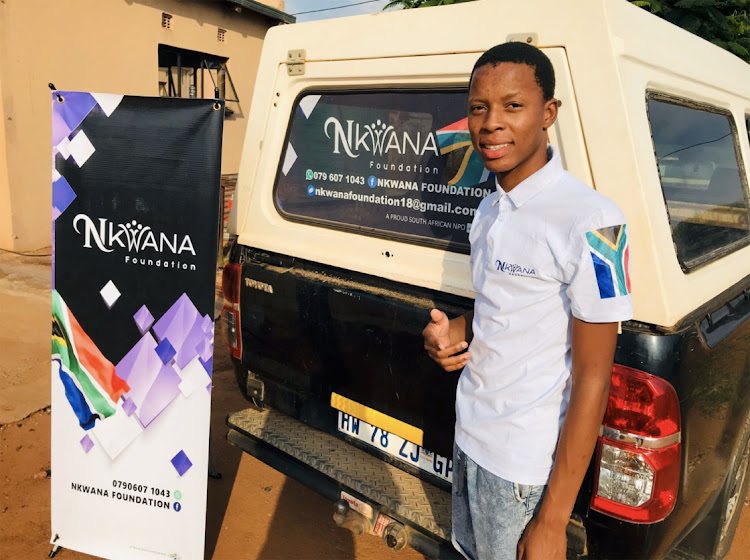 What started as an act of generosity for a 17-year-old Limpopo teenager has now blossomed into passion to help the poor.

Boitshepo Nkwana, a grade 10 pupil of Mmiditsi High School in GaMotodi village, north of Burgersfort, started saving his pocket money for lunch at school to feed the poor.

"I was deeply touched to see how homeless people survive on eating left overs while others search for food from rubbish bins in Burgersfort," Nkwana said.

"I decided not to fold my arms, but to change their lives."

The founder of the Nkwana Foundation that has been in existence since 2019 has been helping to reach out to the communities over two years now. He told Sowetan that he will continue to reach out to poor families in an effort to help those who don't have anything.

He is affectionately known as the champion of the poor among local business people who sponsor his foundation. Nkwana said his wish is to continue to feed the poor.

Among other families he has reached out to is a family at Seokodibeng, a village some 50km away from Nkwana's. This family lives in a dilapidated house and have a disabled child Ashley Phasha, 12, who has cerebral palsy. Nkwana donated groceries and a wheelchair for Ashley who can't talk and walk.

Ashley's mother, Nancy Phasha, said: "I am overwhelmed by joy and happiness to receive food donation at the time I was wondering were will I get next meal. I was running out food."

"It is true that we survive on handouts. It is unbelievable to realise that today we will have something to eat," Phasha said.

"Sometimes we go to bed on empty stomachs. Thanks to Nkwana Foundation for thinking about us. The food hamper will last for some days. God bless you. You have written your name in our hearts."

Hard work and perseverance is what took Elias Pangane from a six-year-old working on his family farm to a 60-year-old farmer supplying vegetables for ...
SebenzaLIVE
1 year ago

App comes to the rescue of spaza shop owners

Progressive Creations will help traders unite for discounts, and for stock monitoring
SebenzaLIVE
1 year ago
Next Article