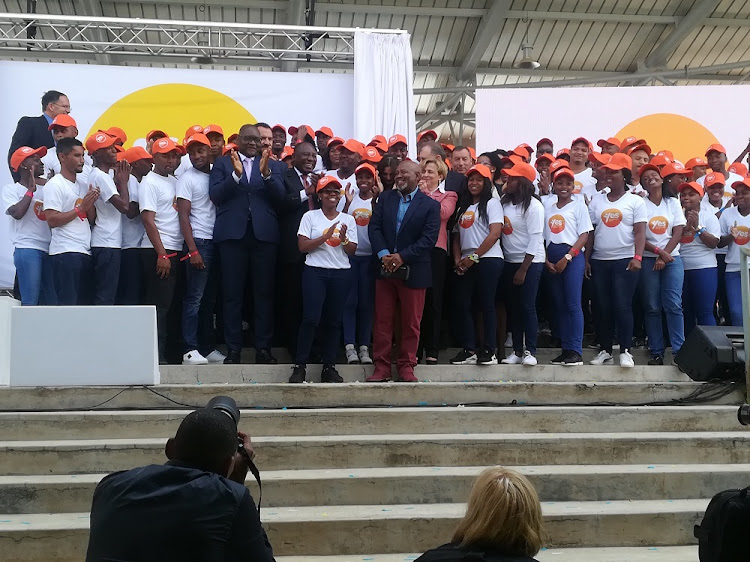 With companies being reluctant to hire young people as they often don't have the skills and experience needed to hit the ground running, Dimakatso Suzan Matsonyonyo, 25, is feeling hopeful about her employment prospects after earning a spot in a paid learnership.

Matsonyonyo from Phomolong, Hennenman in the Free State, is one of the young people who joined the Youth Employment Service (YES) learnership.

The MultiChoice Group has invested over R40m into the YES initiative. R35m of that money will go towards creating 400 new jobs for youth that have never worked before. The other R5m will go towards creating five 15-minute films which will be housed on ShowMax. The films will profile businesses that have opened their doors to the young job seekers.

The interns receive stipends of R3,600 per month while pursuing a work-readiness programme with YES. After they complete the programme, they will be allocated into different jobs.

Help for new entrepreneurs during this hard time

However, running a business is hard work, especially if you’re doing it without any kind of support. Luckily, for entrepreneurs that are starting ...
SebenzaLIVE
1 year ago

Matsonyonyo and her four siblings live with their grandmother in her RDP house. Until May last year, her grandmother was the breadwinner and supported all of them; her mother passed on when she was seven years old.

Matsonyonyo studied electrical engineering at a TVET college and only got up to her N5 level as she had to dropout to take care of her grandmother who became ill.  She says two of her siblings are still looking for work while the other two are still attending school.

Matsonyonyo announced just before our conversation ended that she had received a contract extension for another year. So, she will be working with the satellite television provider until 2022.

"I’m so excited! Working with so many qualified people, I’m learning a lot. This was truly by the grace of God.”

As SA bleeds jobs, four new companies are investing a combined R49m at the Coega industrial development zone in Nelson Mandela Bay and creating ...
Business
1 year ago
Next Article