Investing in young people is securing our future 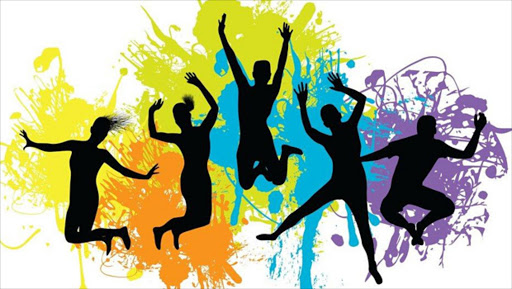 While the 1976 generation had to struggle against the apartheid system, today's youth enjoy the support of a democratic system. The state values their contribution.

Yes, they may have their own challenges to confront, like funding for higher education - as demonstrated during the #FeesMustFall campaign. They confront those challenges knowing very well that they will not be shot and killed for engaging in peaceful action.

Gauteng is a youthful province - our population is largely made up of young people, below the age of 35.

High levels of unemployment and poverty among the youth are a cause for concern.

Uppermost in our minds is to answer the question: What is it that we can do more to mentor and train our young people and upscale our initiatives to create opportunities for them to participate meaningfully in the economy .

Although we still face many challenges, we have achieved significant milestones towards meaningful youth development. We have set aside more than R560-million for bursaries through the GCRA (Gauteng City Region Academy).

One of the programmes we pride ourselves on is the Gauteng Tshepo 500 000, an employment creation and entrepreneurship development initiative aimed at training, skilling and mentoring 500000 young people.

Since the launch two years ago, about 160000 young people have participated and 500 participants have created their own businesses.

Gauteng aims to reach one million unemployed people through this programme.

By the end of March this year, township procurement spend by provincial and local government amounted to R6.8-billion, with close to 2000 township businesses in 120 townships across Gauteng.

Cities in Gauteng have been key drivers of economic development and growth and are major generators of employment, with the City of Joburg generating 1.9-million jobs, the City of Tshwane 1.2-million and the City of Ekurhuleni 1.1-million.

In addition, municipalities and the private sector have also launched a number of initiatives to empower our youth. These include, among others, programmes such as Harambee, which aims to accelerate youth employment, connect employers looking for entry-level talent to young, high-potential work seekers locked out of the formal economy. About 25 000 young people have benefited.

Vulindlel'eJozi is another initiative targeting 200000 young people in the City of Johannesburg. In Ekurhuleni, the City has initiated a Work Readiness Experiential Learning Programme which has placed 5000 young people across various companies on a two-year contract.

In Tshwane, we have Tshepo 10 000, which has registered 598 cooperatives, with 9344 beneficiaries trained in conjunction with Absa and the University of Pretoria. In addition, more than R273-million has been allocated to Tshepo 10000 cooperatives until 2017. More than 52% of cooperatives run by the youth are being supported.

The City of Tshwane has committed through various interventions to facilitate the creation of an additional 160000 jobs in education, 120000 jobs in agribusiness and 70000 jobs in tourism.

All Gauteng departments have implemented learnership programmes as we encourage our human resources to employ more young people to feed off their vibrant energy and can-do attitude.

A study by Quest Research Services, commissioned by the Gauteng government, found that young people identified unemployment as their main challenge and expected government and the private sector to play a role in addressing this concern.

At the beginning of this month, we hosted the second Gauteng Youth Career, Jobs and Entrepreneurship Expo at the Nasrec Expo Centre near Soweto, where we exposed young people to different careers over 10 days. More than 200 exhibitors participated, with about 40000 young people from high schools, higher education institutions, young workers and professionals and the unemployed attending.

The blood shed has nurtured our democracy and strengthens our resolve to fight the scourge of poverty, unemployment, drug abuse and other social ills that continue to plague our precious province. By single-mindedly investing in the youth, we're solidifying our future.