WATCH | If you love them, let them go. Why this animal rescuer returns squirrels to the wild 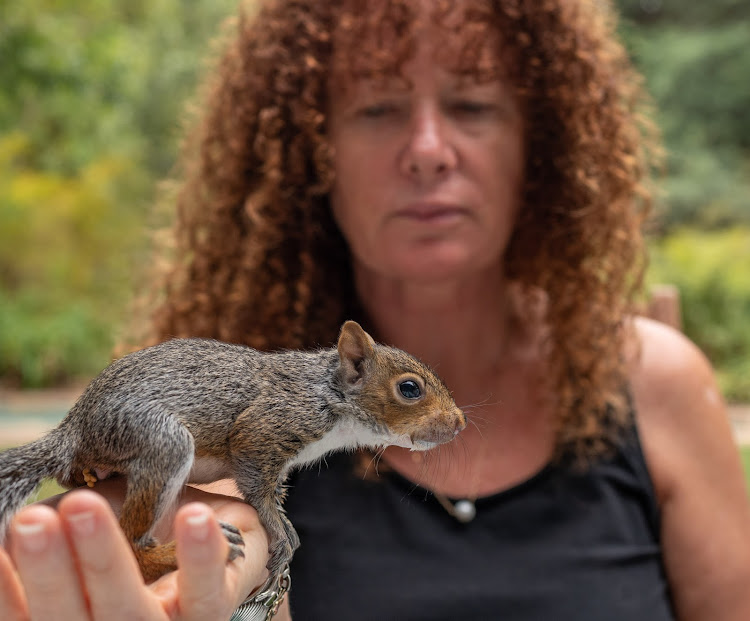 They’re clever and crafty, but Cape Town’s squirrels keep running into trouble. Brought to the city by Dutch settlers, the bright-eyed, bushy-tailed creatures have made it their home.

Yet they face threats from cats, birds, and even their own kind. Baby squirrels can be rejected by their parents if they’re born with deformities or fall out of their dreys.

And then there’s human interference. Some go out of their way to drive over them, while others try to take squirrels home. Animal rescuer Tracy Starke is putting a stop to this behaviour.

“People presume because they are so cute and cuddly they can be kept as pets,” she says. “But they are wild animals, they must be released.”

Starke never intended to specialise in squirrels. But when her colleagues at Rondebosch Boys’ High School brought her a young squirrel with a defunct eye, she paid for its surgery at Tygerberg Animal Hospital and spent the following year rehabilitating it.

Touched by her concern, the vet continued to contact Starke whenever a squirrel needed long-term support.

That’s when she realised she could help both the animals and the people concerned about them. With this in mind, Starke founded Squirrel Rescue & Rehab Western Cape to teach people to care for squirrels without domesticating them.

“I’ve been able to build a team who are as excited as I am,” Starke says. At home, her group has their hands full with two breeding seasons a year.

The squirrels are fostered until they are 12-16 weeks old and then released, maintaining their status as free animals.

With online platforms to expand their reach, people can share information and offer resources such as the milk and pecan nuts that squirrels need, as well as medical treatment.

“We will create change, one squirrel at a time,” Starke says.

WATCH | Don’t let their appearance scare you. These vampires are saving the rainforests

They’re the vampires of the animal kingdom. With large pointed ears and skeletal fingers, bats are erroneously believed to be evil, bloodthirsty ...
SebenzaLIVE
1 year ago

WATCH | Why black mambas just want to be left alone

The beady eyes seem to be watching your every move.
SebenzaLIVE
1 year ago

WATCH | From cages to canopies, these gibbons are back in full swing

With arms nearly twice the length of their bodies, gibbons can swing from branch to branch with grace and ease.
SebenzaLIVE
1 year ago
Next Article