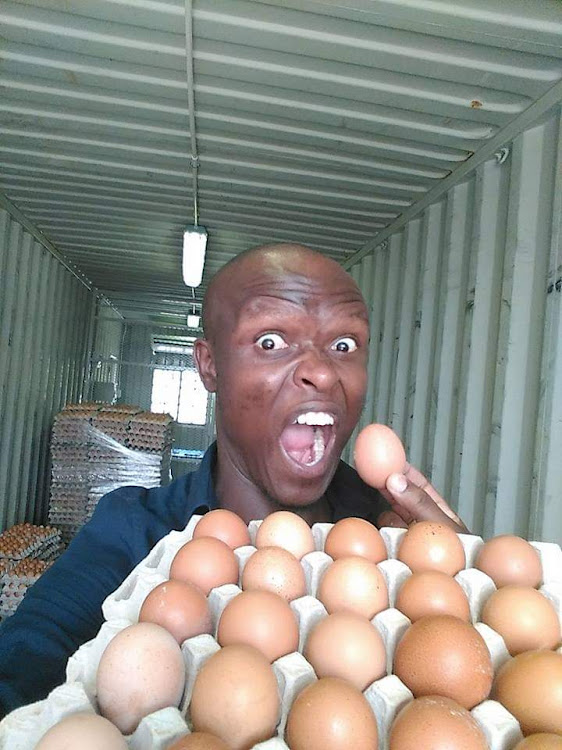 Lekau Sehoana has always had a passion for hard work. Pairing that passion with his grandfather’s love for poultry farming, he found selling chickens to be a lucrative way of starting his own business.

Egg Seh Chickens is Sehoana’s Limpopo-based poultry farm that he started in 2017. He first sold chicken eggs and then realised he had the opportunity to sell chickens too. After securing land in Dennilton, he started his farm with 5,500 chickens. Egg Seh also supplies a number of restaurants.

The name might derive its origins from egg sales, but frozen chickens have become Sehoana’s biggest revenue stream. He partly credits his success to the support he has received from his Twitter followers.

After deleting all of his social media accounts, Sehoana returned to Twitter when he realised there was a growing support system for black-owned enterprises that motivated him to share his own passion for chicken farming.

“Twitter changed my life,” Sehoana says. “I didn’t chase to be followed. So I started posting about my farm and my chickens.”

Sehoana started gaining followers as he shared his thoughts about his business with other poultry farmers. He has sold more than 10,000 chickens through Twitter, a social media platform that is often a space for highly contentious banter.

When it comes to other entrepreneurs’ ventures into social media, Sehoana says they should learn from people who are familiar with the platform.

“Twitter is not something that just happens overnight. I have seen many posts where people advertise their businesses, others retweet and then they go big. It is in you to keep delivering and making sure your customer service is the best. People on Twitter can make or break you,” says Sehoana.

He plans to launch the first of a chain of restaurants called Huku Dust in early February, in Ebony Park, Midrand. The theme of the restaurants will relate to SA’s different cultural groups to make “culture cool” while attracting a young audience.

When it comes to innovative ideas, Katleho Nyawuza takes the cake.
SebenzaLIVE
2 years ago

In recent years the term ‘valuer’ has been used to describe a person who determines the value of immovable property, while the term ‘appraiser’ is ...
SebenzaLIVE
2 years ago
Next Article