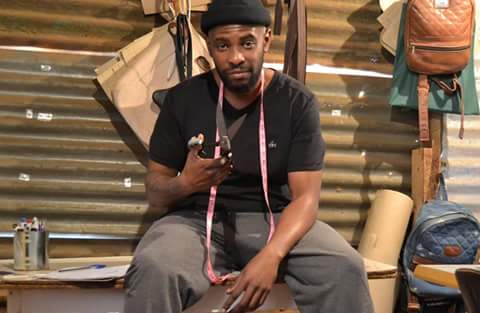 In 2017, he was involved in an accident that laid him low for six months. He has recovered and is now forging ahead to make a success of his business.

Bundu Hide was born from Mbangi’s observation that there were no stores selling laptop bags by local designers. After he researched the possible market for his creations, he began to learn the craft of creating denim bags.

“In early 2016, I bought my first industrial machine,” he says Mbangi. “I then got a local tailor, George, to show me what the fundamentals are on how to thread. It was a two-day crash course and after that he left me to my own devices.”

With the added help of online videos, Mbangi was well on the way to creating authentically South African bags. 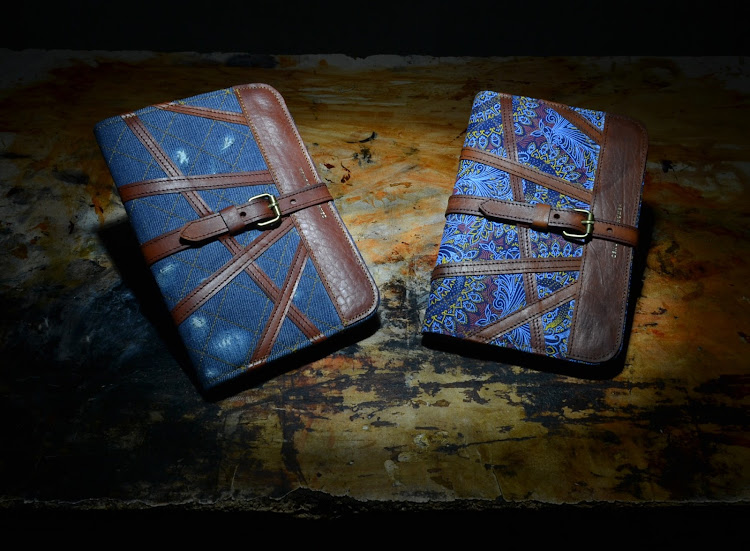 Bundu Hide bags are sold through social media and at Box Shop SA. While a number of stores have expressed interest in working with Mbangi, he has had little luck with collaborating with other designers. He also left his job as a car salesman to run Bundu Hide full-time, a decision that was difficult to make.

“This year I was involved in another accident after my friend and I got mugged. I got hurt in the process and I nearly lost the function of my left hand. We are still doing therapy and I am not giving up.”

Each bag has a unique name that ties it to its South African roots, which is Mbangi’s way of creating a personalised experience through his products.

“What makes Bundu Hide unique is the process behind the design. It is functional and I use unconventional materials. I’m not reinventing the wheel but I am improving upon it,” says Mbangi.

He credits consistency as one of the reasons why his business has succeeded online.

“The other day someone called me – and she had never bought from me, mind you – and she told me that everywhere she went, she told people about Bundu Hide. That on its own tells you that consistently being visible [as a brand] has an effect indirectly and directly.”

Mbangi’s next step is to plan a big “African takeover” for his brand, winning over more customers from all over the continent.

SA is facing a shortage of pure honey, but one local business has found a way to address the issue while helping bee colonies thrive. According to ...
SebenzaLIVE
3 years ago

The Feather Awards took place on November 15 at the Johannesburg City Hall. The annual award ceremony is held by the Thami Dish Foundation to ...
SebenzaLIVE
3 years ago

Thabo Motsoane has always loved standing out. He spent a lot of his pocket money given to him by his parents on growing his collection of socks. ...
SebenzaLIVE
3 years ago
Next Article