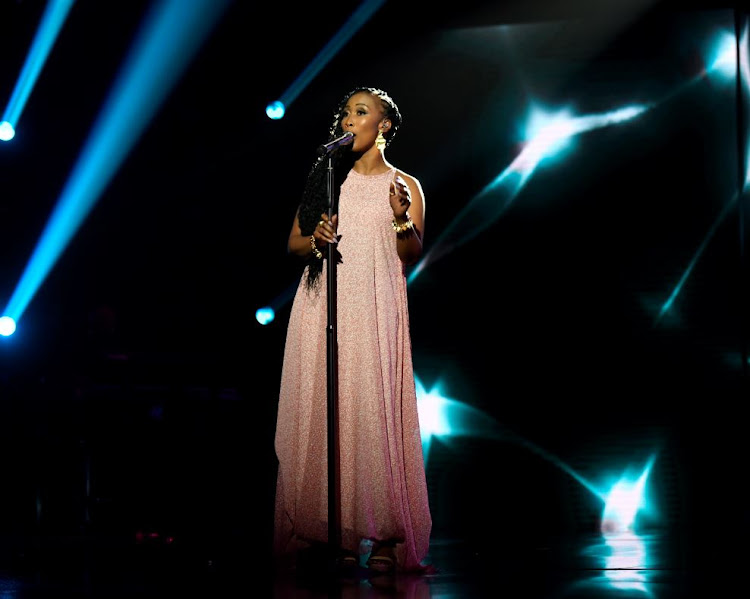 Nqobie Linda shares her future plans after her exit on Idols SA.

After her shock exit on Sunday night, Idols SA fan-favourite Nqobie Linda will forever cherish regular judge Randall Abrahams calling her one of his favourite singers on the reality TV show.

The 29-year-old singer came short of advancing into the top 5, with Berry, Kevin, Karabo, S22’Kile and Daylin Sass advancing to the next round.

Speaking to Sowetan on Monday, Linda described being Abrahams’s favourite as “crazy and an unbelievable thing to be seen in such a light”, especially considering that he is not easily impressed.

“For him to see the potential that I have was a beautiful thing to witness. I don’t know if that affected the votes in my favour because people vote for who they want to vote for, no matter his influence," Linda said.

“I was quite sad realising that my journey had come to an end but I was happy for Kevin and the other contestants. I wouldn’t say my dreams are crushed because I believe God has something else in store for me," Linda said.

"Obviously, the dream of winning Idols SA is something that’s not going to happen but I was hoping for something better. The best advice I was told was ‘to have fun’ and not to stress too much because I tend to stress a lot. Maybe it stems from my insecurities that I don’t think I am good enough.

"Being on the show has helped immensely because I got to see how many people believe in me and my talent and although I don’t see myself being worthy of anything.”

Having invested a lot of time and energy in staying in the singing competition, the Soweto-born singer admitted that she got accustomed to living in the Idols house.

“We’ve been here for two months and a couple of weeks; I grew very fond of this living space, it felt like home. I was very emotional last night but seeing myself pack my bags right now has left me content although I think I’ll be even more sad once I leave my room.

"I will come back for the finale as support but it’s very sad leaving knowing that I’m leaving the competition and only coming back as support. Despite not managing to secure my spot in the top 5, I am happy for the experience.”

Linda added that she will miss the hunger and passion from  the other hopefuls. “I’ve learnt that I can sing and dance, which is something I needed reassurance on because I never thought I had what it takes," Linda said.

"Being consistently told that 'you are beautiful and look good' is something I will definitely take with me going forward."

Linda hopes to secure possible collaborations with former Idol SA contestants who have grown to be bigger stars like Lloyiso and Shekhinah.