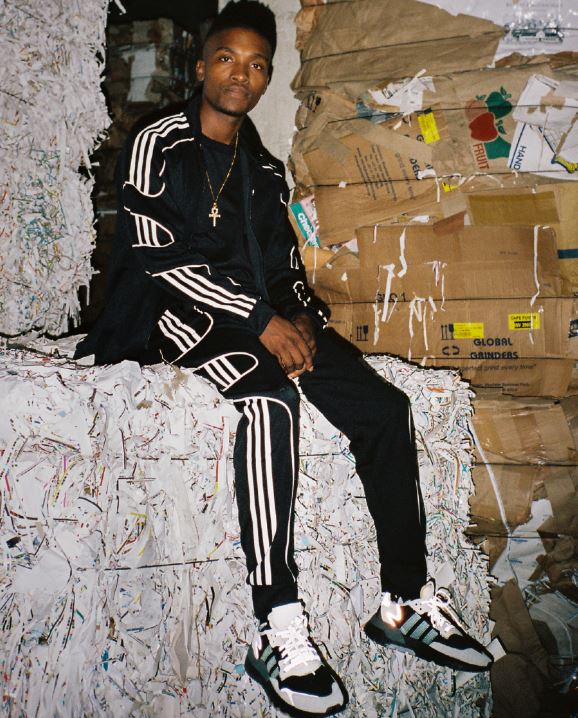 Record producer Lwazi Asanda Gwala, popularly known as DJ Lag, is credited as being one of the founders of gqom. The 25-year old DJ speaks to us about what it takes to make it and the importance of innovation.

ON GETTING INTO MUSIC

I started making music around 2009. I initially started out by producing hip-hop beats for my cousin who was a rapper and quickly fell into more experimental sounds and gqom.

Being a record producer entails loving what you do. Don’t ever stop learning and always try to be different from others.

Up until recently I only worked with a cheap, old laptop and headphones, but a good computer and speakers are a good place to start.

I learnt how to DJ when my music started playing around Durban. I would always play the early sets until I got old enough to play at night.

THE PHENOMENON THAT IS GQOM

I would describe gqom as a mixture of African music and tribal chants — reakbeat genres, a bit of house music, hip-hop, pop, and electro house music. The sound is made in such a way that one can’t help themselves but dance to it.

I don’t think I get enough credit for being one of the founders of gqom, but it’s not

my job to worry about that.

Gqom has been so popular because it’s similar to techno and it has that bass every human would like to dance to.

The experience of working with Beyoncé was a dream. It started in December 2018 when she came to South Africa for Global Citizen. She used my track Trip to New York on stage and the next day Kwasi, who works with Beyoncé gave came to meet with me in Durban where I got to share some music.

I have worked with Kelela, MIA, Okzharp, and Moses Boyd. A few of my releases have been through international labels such as Diplo’s Mad Decent/Good Enuff, Hyperdub, Goon Club Allstars and Parametric Records in the US.

different sounds, instruments, and genres when travelling. That helps me change my sound and keep it separate from other gqom producers.

My granny told me to respect everyone in this world and that helps me a lot when I meet people for the first time. That’s why I remain grounded and focused on my craft.

I’ve been really lucky to be surrounded by people who’ve supported me and my dream. I know this is rare.

I can’t even begin to list the support I have received from different people and brands. For example, working with Adidas on my track Anywhere we go with Shekhinah and getting to see the Grammys in person will always be special.

My career advice is: Never copy. Always try something new.

What I can say to young kids is to keep pushing. It’s possible and you will make it if you always tell yourself that.

Remember that it’s always been Africa’s time. We’ve always been cool. I’m happy that more people are embracing it.

Africa appears to be having a moment in pop culture because we’re finally getting to tell our stories ourselves.

I want to see my record label Ice Drop get as big as a Hyperdub, Goon Club or a Mad Decent. I want to work with artists who then hopefully get the same chances that I’ve been blessed with.

From SA to the world! Master KG to drop song with David Guetta and Akon

The song drops this Friday!
S Mag
4 months ago

'I’m very excited about my new journey': Jerusalema's Nomcebo Zikode on being a goodwill ambassador

The singer hopes to provide shelter and food to the less fortunate.
S Mag
4 months ago

These two skaters have big dreams for the South African skateboarding scene.
S Mag
4 months ago

The lovebirds were seen canoodling in Tulum, Mexico on Nadia's birthday.
S Mag
4 months ago