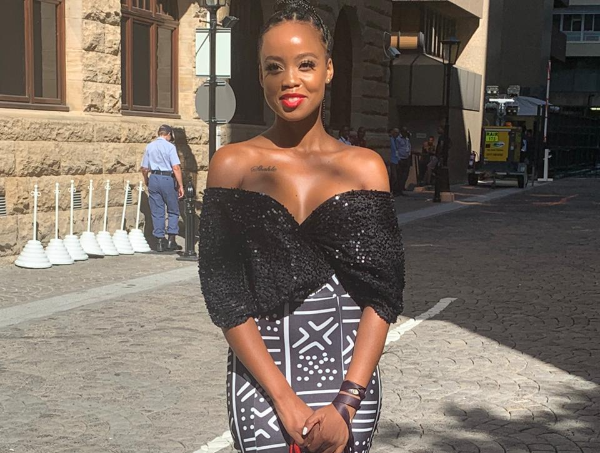 Actress Ntando Duma to make her exit on The Queen.
Image: Andisiwe Makinana

This year is proving to be a sad time for The Queen fans as another actor might join the list of talent who have recently made their exit from the hit telenovela.

According to a report by Isolezwe, actress Ntando Duma is set to be leaving the popular show for greener pastures. This after she apparently secured a new role on an upcoming Netflix project that could possibly put her on the map.

Duma joined the telenovela last year as she portrayed the role of Mpho Sebata who received an underwhelming review from viewers due to her “dismal acting” as many social media users put it.

With her eyes fixated on the global acting scale, Duma plans to head off to Mexico to be part of the AfroBeats In Cancun.

"That's really up to me, I'm going to Mexico... there are a lot of programs I'm going to be part of with other celebrities. I will also manage the programs under this event. I have a lot to do because I have a list of plans for them," she told the publication.

It is believed that Duma’s final appearance will be at the end of June or the beginning of July.

The actress' possible exit has already got tongues wagging on Twitter.

Duma's possible departure is preceded by actors Loyiso MacDonald and Xolani Mayekiso who recently took their last bow on the telenovela.

The rumour mill has the streets stressed that the beloved actor will be leaving the show.
S Mag
1 year ago

Sibusisiwe Jili elated at new addition to her family.
S Mag
1 year ago

Busiswa Gqulu on regaining her power and self-confidence.
S Mag
1 year ago

Your faves have come a long way...
S Mag
1 year ago
Next Article