Lions drowned by a deadly Stormers at Cape Town Stadium 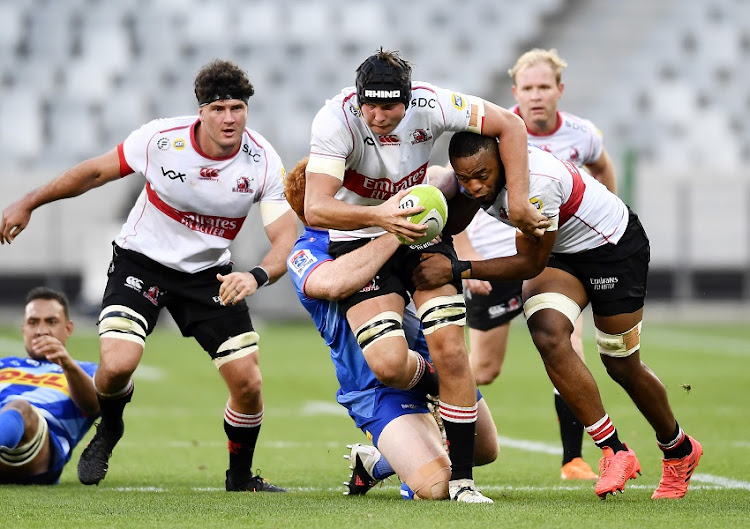 The Stormers found their rhythm and killer instinct early on and there was never any sense of danger in a 44-12 Preparation Series win against a Lions who simply did not have answers to the many questions they were asked.

The Stormers were in control from the moment Springbok scrumhalf Herschel Jantjies scored match’s opening try inside 30 seconds at Cape Town Stadium‚ and the Lions’ inferiority is illustrated by the fact that they only put their name on the scoresheet after 70 minutes.

This was the best possible way for the Stormers to end their Series campaign as the focus now shifts to the Pro14 Rainbow Cup which starts next month against European teams.

In the afternoon‚ where they dominated‚ the Stormers ran well‚ carried the ball well‚ displayed good interplay between the backs and forwards and were good value for this emphatic win.

Though they impressed on the attack with five tries‚ it must be noted their defence was solid for most parts the match as they denied the Lions on numerous occasions from good attacking positions.

The Lions were utterly poor as they conceded turnover tries from their own mistakes and they were dully punished by this slick Stormers side‚ and the Gauteng team’s coaching staff have some corrections to make with the Rainbow Cup looming large.

The defeat also came at a cost for the Lions as their captain Elton Jantjies wobbled off the field with what appeared a nasty ankle injury shortly after the hour mark to be replaced by Fred Zeilinga.

The Stormers got the match off to a stunning start when Herschel Jantjies opened the scoring inside 30 seconds following an attacking move that involved the hard-running Seabelo Senatla.

The first try was converted by Abner van Reenen‚ who sparkled with the boot all afternoon by kicking 17 points even though he was sent to the sin bin in the closing stages.

The Lions recovered from that early shock by applying pressure on their hosts but they could not breach the Stormers defence.

The Stormers reacted with two tries in quick succession through Senatla and Herschel Jantjies‚ who registered his second of the afternoon.

After 21 minutes‚ the Lions collapsed the scrum and Van Reenen went for the poles with his penalty as he successfully put away his fourth kick of the afternoon to stretch the Stormers’ lead to 24-0.

The Stormers could have further increased their lead shortly before the half-hour mark but Sergeal Petersen fluffed his lines on the edge of the tryline after he was released by Dan du Plessis.

To show intent and the depth of their squad the Stormers introduced Springbok World Cup-winning front row of Frans Malherbe‚ Steven Kitshoff and Bongi Mbonambi for Neetling Fouche‚ Vermaak Alistair and Ntubeni Scarra respectively at the beginning of the second half.

Mbonambi did not take too long to make his presence felt as he scored the fourth try for the Stormers after 48 minutes with Van Reenen once again finding the middle of the poles.

In the closing stages‚ Van Reenen‚ who put away all his seven kicks‚ scored a late penalty and also a well-taken drop goal as the Stormers wrapped up this impressive victory.

There was a flurry of activity in the closing stages that saw the Lions finally put names on the scoresheet through an unconverted try by MJ Pelser‚ Ruhan Nel scoring the fifth try for the Stormers and the Lions awarded a penalty try.