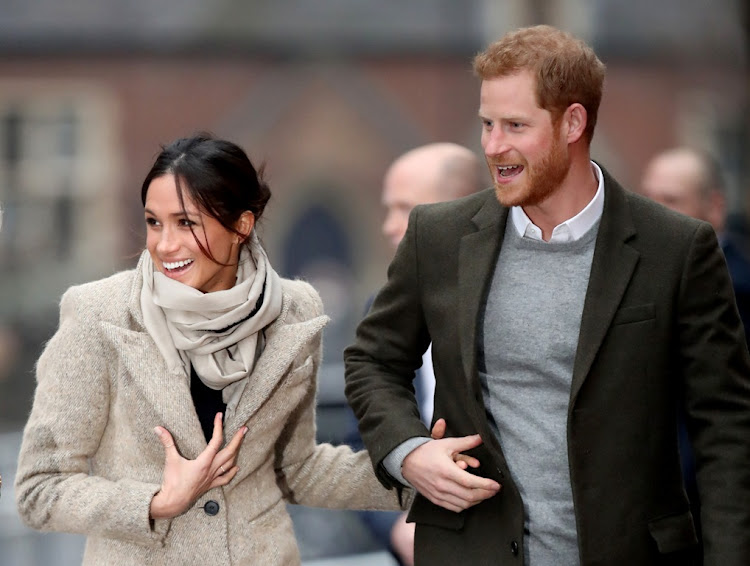 Meghan Markle and Prince Harry open up about how Tyler Perry was there for them in their moment of vulnerability.
Image: Supplied

American actor and film producer Tyler Perry is being praised by social media users for playing an instrumental role in helping Prince Harry and his wife, Meghan Markle move to Los Angeles from their initial home in California.

This is according to the former Duke and Duchess of Sussex who revealed in an explosive interview, Oprah with Meghan and Harry: A CBS Primetime Special, that Perry had offered them a stay at one of his Hollywood homes along with security after their royal support was removed.

This is after the pair made their decision to step back from their roles as senior members of the royal family in January last year.

Harry explained that the movie star offered them a stay after he and Meghan found out while they were in Canada that their security was going to be removed. He added the decision was made by the royal family because their status had changed.

“While we were in Canada, in someone else’s house, I then got told, short notice, that security was going to be removed. So suddenly it dawned on me: ‘Hang on, the borders could be closed, we’re going to have our security removed, who knows how long lockdown is going to be, the world knows where we are, it’s not safe, it’s not secure, we probably need to get out of here.”

Meghan then explained that at that point they didn’t have a plan and needed a house to stay in, this is when Perry stepped in.

“We didn’t have a plan and we needed a house and he offered security as well so it gave us breathing room to try to figure out what we were going to do."

The couple's interview with Oprah that aired on CBS on Sunday night was filled with major bombshells that were dropped about how life was like as a member of the Royal Family.

After staying in Perry’s Hollywood mansion for a couple of months, Harry and Meghan then decided to remain in California, and now live in Montecito.

The film director and screenwriter's generosity has since been met with praise as many applaud him for offering to help the couple during their vulnerable time.

Tyler Perry is an Angel in human form😇

Housing and providing security for Harry and Meghan when the royal family abandoned them goes a long way to tell you that humanity is not in colors of our skin..
#OprahMeghanHarry pic.twitter.com/Ob7DBvxlaU

"There's a lot of hurt that's happened". Prince Harry opened up about the fallout with his family. Meghan and Harry interview with Oprah also talked about Tyler Perry housing them, Racism in The British Royal family, The Crown, The Queen, Princess Diana.#OprahMeghanHarry pic.twitter.com/E4hGfA16WW

If Harry and Meghan came this side, I would have done the same thing Tyler Perry offered them including drivers and helpers even for couple years if need be... Well done Tyler Perry 🙏🙏😍😇
#OprahMeghanHarry pic.twitter.com/4CU09I05NG

Tyler Perry is a lot of things but baby people ALWAYS speak on him as a provider.

Serena Williams has written a note that has been widely shared on social media defending her friend Meghan Markle.
S Mag
1 year ago

Meghan Markle says some of the concerns and conversations from the royal house was about how "dark” her son Archie's skin might be.
S Mag
1 year ago

Meghan, the Duchess of Sussex, said on Thursday a British tabloid had been held to account for its “dehumanising practices” after she won a privacy ...
News
1 year ago