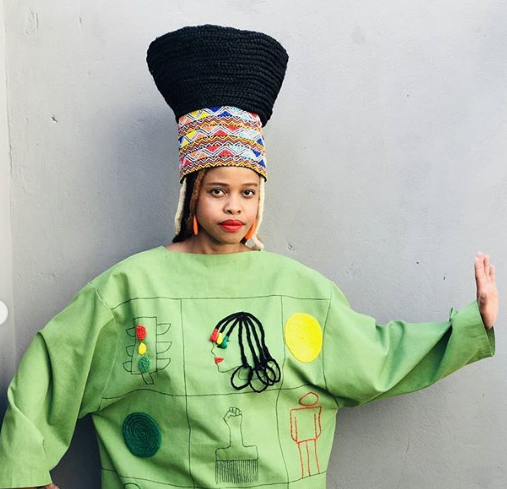 Business owners Nikiwe Dlova of ownURcrown and Tshepo Mohlala of Tshepo Jeans have worked hard to build their brands and cement their positions among the country’s promising businesses.

The nod from Beyoncé through her visual album Black Is King and her website has validated them and their pursuit for Africa’s global dominance.

A natural hairstylist, Dlova created the headpieces worn by musicians Busiswa Gqulu and Nandi Madida in the film.

With thousands of followers on her Instagram account, Dlova is no stranger to local celebrities and natural hair enthusiasts, but having her work featured on the album is one of her many highlights.

The visual album has received glowing reviews from Beyoncé's fans and critics.

Its release coincided with calls across the globe for recognition and acknowledgment of black people through mass protests and the Black Lives Matter Movement (BLM).

Dlova said the opportunity could not have come at a better time.

“The feature was very important for me because my work is based on being African, so being on a platform like Black Is King is validating. It says I’m on the right track.

"For Beyoncé to support local small businesses means a lot. We got to share our creative stories for the world to see that creativity in Africa is vast,” she said.

Dlova is relentless in her drive to prove the potential and versatility of African hair.

She is known for rocking bright colours whether she has braids, cornrows or creates headpieces similar to the ones featured in Black Is King. Whatever style she does, she said she always gets a reaction because many women don't experiment with their hair.

“Our hair is who we are. It’s not a trend. Along the way, we lost touch and didn’t embrace it as much. We must celebrate it and pass that on to the next generations. The more people start to embrace their individuality and African hairstyles, the sooner the world will adapt,” she said.

Mohlala, popularly known as "Tshepo the jeans maker", said he was pleasantly surprised when he received a message from photographer Trevor Stuurman telling him his brand was featured on Beyonce's website.

Sharing the news with his Twitter followers, he wrote: “Africa, our time is now. Humbled and blessed to be featured on beyonce.com alongside so many inspiring brands. Proudly African.”

He told TimesLIVE the feature was Beyonce's way of giving back by using her platform to  give black-owned businesses exposure, especially as some are in the brink of collapse due to the devastating impact of the Covid-19 pandemic.

Mohlala said the stamp of approval from Queen Bey will prove to the global community that Africa is more than the perceived “hand-me-down continent.”

“For a very long time, other countries have always thought of Africa as a jungle, but we can actually meet global standards. Beyoncé wanted to showcase that Africa is a place where people can buy beautiful, high quality clothes.”

The designer is empowered by African businesses putting the continent on the world map. He said with continued hard work, the continent will take over globally.

“The time is right. There is no better time. Yes, we are in a pandemic but there has never been a better time for Africa to grab this opportunity. There is a change of power. If you can't see it, you'll wake up and realise Africans have taken over the world.”

Mohlala attributed the recognition from Beyoncé to consistency and focus. He said it will help his business, which reopened on Monday after most economic activities were halted at the start of lockdown in March.

“As a brand we've realised we were making a lot of money from tourists. It's difficult now because a lot of people have lost their jobs and others have taken pay cuts. We have seen a direct impact in our business. I'm grateful to South Africans who are buying local brands.”