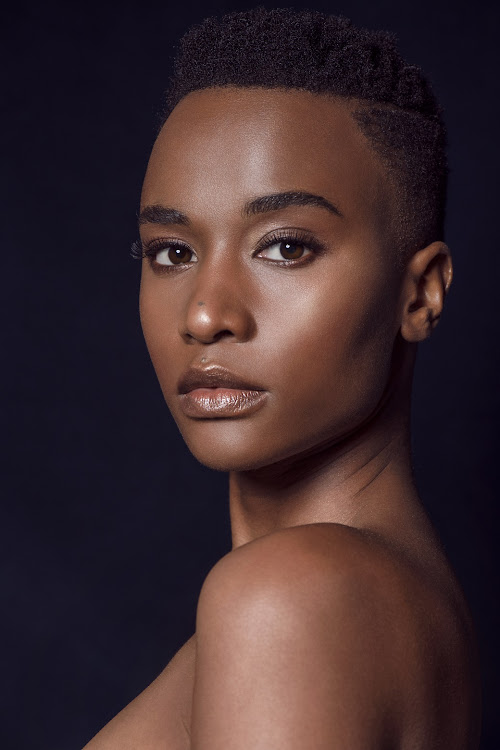 Since the 25-year-old won the coveted Miss SA title last week, her natural crown has become a major talking point –and a source of inspiration for many women who are asking their hairstylists to copy Zozibini Tunzi’s signature fade.

On social media, the Eastern Cape beauty has received widespread praise – and some criticism – for the short cut. Some have even insinuated that her hair choice might have had something to do with her victory.

You see, it’s not the first time Tunzi has vied for the crown. She first entered the Miss SA pageant in 2017, but only made it into the semifinals.

Back then she sported a long weave, a far cry from this year’s short, natural look. But Tunzi confirmed that cutting her hair wasn’t “really a strategy for coming back to Miss SA”.

She tells us more:

When you first entered Miss South Africa in 2017, you rocked a weave. The second time around, you have your signature fade. What inspired the big chop?

It wasn’t really a strategy for coming back to Miss South Africa. It’s a decision I made two years ago –and it was the best decision I ever made, because it felt so liberating. Before I cut my hair, I was scared that I would not be beautiful, mainly because of societal standards of what beauty is. When I cut my hair, I realised how amazing it looked... more beautiful than I thought I would, and so coming into the competition I just remembered the moment when I cut my hair and I thought there is no reason for me to change it.

The unnecessary controversy that followed Zozibini Tunzi's crowning as Miss SA at the weekend must serve as a reminder that the struggle to liberate ...
Opinion
2 years ago

Who first gave you the big chop?

A guy called “J” at a barbershop in East London. My mom and three sisters were there. It might sound dramatic but I was like, ‘I’m going to cut my hair and I’d love you guys to come”, because it was an emotional thing. It was like a barber date!

Women have been copying your haircut and sharing pictures of themselves on social media afterwards. How does that make you feel?

Tell us about your haircare routine.

I like to do bantu knots just to define my curls, but there’s not really a lot that goes into my hairstyle, which is one of the reasons I love it. I don’t have to worry about a lot of maintenance; it’s really just making sure you wash and condition your hair and keep it healthy. Sometimes I use coconut oil because it’s good on the skin and on the hair as well. I also use conditioner and make sure I keep my hair moisturised.