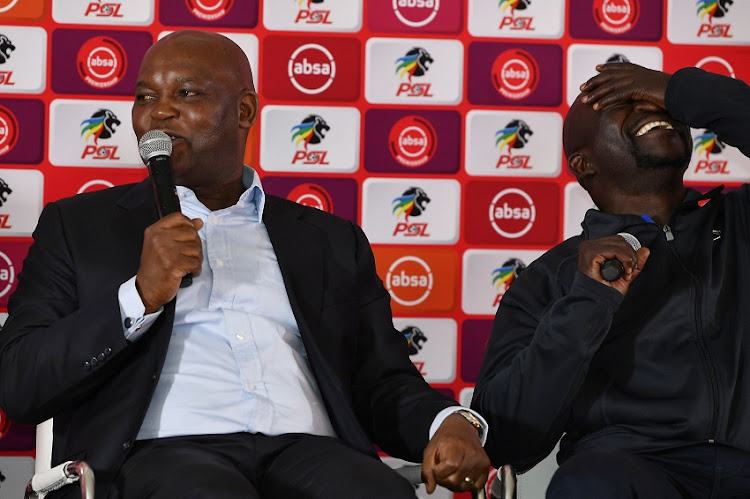 Mamelodi Sundowns coach Pitso Mosimane has refused to be drawn into his club's bitter spat with Kaizer Chiefs over star player Khama Billiat.

Sundowns are embroiled in an unusually harsh war of words with Chiefs over the Zimbabwe international striker‚ with the Brazilians saying they are negotiating and trying to secure his return to Chloorkop‚ and with Chiefs‚ on the other hand‚ refuting the claim.

“I don’t want to comment on a player of another club.

"We have to be careful and respectful‚” Mosimane said.

But this answer contrasts with the approach of his club who went public to put Chiefs under pressure to try and force a move‚ provoking a scathing attack in return.

Sundowns confirmed persistent rumours over the last month that the unhappy Billiat‚ who has found it hard to work under Ernst Middendorp and wants out‚ is a target and that they have approached Chiefs.

But AmaKhosi issued a swift response saying there had been an approach but that they had quickly put a lid on it.

Mosimane was obviously aware of Chiefs' statement when he was asked for a response but swiftly ducked the issue.

“The rules say that if Sundowns want Billiat they must approach Chiefs club to club. But I don’t want to comment‚” he repeated.

Billiat has yet to feature for Chiefs this season but could return for their clash with SuperSport United on August 24.

Chiefs coach Middendorp detailing a gradual training programme for the striker a few days ago and said he was fatigued.

Billiat joined AmaKhosi last year after letting his contract at Sundowns run down‚ refusing repeated offers to renew it.