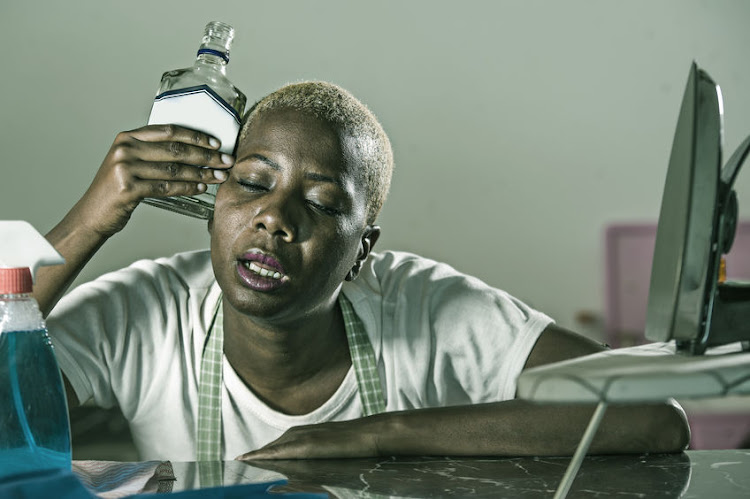 Image: The Visuals You Need/123RF

As we share more about ourselves online, we open the door for critical conversations that have often been kept under wraps. Social media can feel like a safe space to share personal thoughts and experiences in public, and when others do so, it often allows us to start reflecting on our own lives. When acclaimed singer Zahara celebrated five months of sobriety in April, she spoke publicly about the emotional “dark space” that had led her to drink.

The conversation this sparked on Twitter shone a light on South Africans’ relationship with alcohol. While Zahara says she was not dependent on alcohol, she says she “drank a little to find happiness” — and that it was when she once finished a whole bottle of wine on her own that she saw a problem coming and decided to seek help.

How much is too much?

If that raised an eyebrow, we should delve a little deeper into what finishing a whole bottle of wine on one’s own really means. According to The Association for Alcohol Responsibility and Education (aware.org.za) — the alcohol industry’s response to concerns regarding alcohol misuse and abuse — one unit of alcohol is the equivalent of half a glass of wine, two thirds of a 340ml bottle of beer, or one 25ml shot.

“Binge drinking refers to the act of consuming a lot of alcohol over a short period of time. For men, binge drinking is normally defined as having five or more drinks in a short space of time, and four or more drinks in the same amount of time for women,” says the organisation. A “short space of time” is usually defined as regularly drinking more than one unit of alcohol in an hour. So finishing a bottle of wine on your own in one sitting counts as binge drinking; even if you don’t black out, lose your memory, or suffer a hangover the next morning.

According to the South African Depression and Anxiety Group (Sadag), as many as one in six South Africans suffers from anxiety, depression or substance-abuse problems. And while there has been a rise in how openly people — particularly people of colour — are able to speak about their mental-health struggles, these are often under-diagnosed in these communities. Durban-based psychiatrist Professor Dan Mkize believes that “for a long time, depression has been thought not to exist in and around Africans. The community needs to acquire tremendous knowledge concerning this disorder.” With a combination of cultural, social, and financial barriers to seeking help and treatment, many young South Africans reach for alcohol for relief from their mental-health struggles.

“We often find that, when people do not have an understanding of mental health, they may not recognise symptoms of mental problems in themselves or their loved ones,” says Megan Hosking, psychiatric intake clinician at Akeso Clinics. “Many of us will go through difficult times when we may require expert support, particularly when these problems are causing disruption to our daily functioning at work or in our family and social relationships.” Using substances to try to self-medicate a mental-health problem is a dangerous game to play. “Too often, when people are unaware that help is available, they turn to drugs or alcohol to seek temporary relief. But this can lead to addiction and the many complex problems that go with substance abuse,” Hosking explains.

Social Development Deputy Minister Hendrietta Bogopane-Zulu has called on rehabilitation centres to offer support for the children left behind while ...
SebenzaLIVE
3 years ago

Are we in denial?

“I wasn’t dependent on alcohol. It was just easier to reach for alcohol than to deal with my issues,” says Stacy Paulse* (36), a TV content producer. Paulse says she would drink, on average, two to three bottles of wine on her own in a work week. Asked if she thinks she had a drinking problem, her answer is simple: “Never. I think it made me feel better, that’s why I kept doing it when I’d had a bad day — which was often.” Using alcohol to mask her emotions is something that financial services professional Thando Khumalo* (27) has in common with Paulse. On average, Khumalo says she would drink three to four times a week, with at least one of those times being excessive. “I didn’t necessarily drink to feel better, but rather not to feel at all,” she explains. But the remedy was short-lived, she says, adding that it only worked while she was drunk.

While both women say they rarely felt hungover after consuming large quantities of alcohol this frequently, they felt guilt and anxiety the next day. “It was probably easy to finish a bottle on my own in one evening because I was never really hungover the next morning. But by the time I woke up, I would always feel that I must stop drinking like that,” Paulse says.

The problem faced by people who use alcohol to mask feelings of anxiety, depression or stress is that alcohol is a depressant. While it might make you feel better in the moment, it will often leave you feeling worse in the long run. According to aware.org, alcohol can disrupt the chemical balance in your brain, affecting the neurotransmitters that help send signals through your brain and having negative effects on your thoughts, actions, and feelings. It can sometimes have a lasting impact on your long-term mental health. After one or two drinks, you may feel less anxious because the alcohol is depressing the part of the brain that controls your feelings of inhibition. But more drinks can lead you to become angry, aggressive, anxious, or depressed. Regular drinking also lowers the levels of serotonin in your brain. This is the chemical that helps to regulate your mood. Long-term effects of low serotonin levels include anxiety, depression, panic attacks, insomnia, obesity, chronic pain, migraines, and low self-esteem.

Eventually, once my mindset had changed, I didn’t want or need to drink as much,”

Treat the cause, not the symptoms

While alcohol may be a constant in your social life, if it also becomes an escape from feelings of anxiety or depression, it’s time to take a closer look at the reasons you are drinking. Once you are able to identify those root causes — and if the problem feels too big to solve on your own — you can seek the help you need from mental-health professionals. “I realised that my drinking was a problem,” Khumalo says. She tried to curb her drinking, but because she hadn’t addressed what was causing her to drink so often, she was still drinking excessively when she did. So she started seeing a therapist. “Eventually, once my mindset had changed, I didn’t want or need to drink as much,” she says. For Paulse, when she realised she could potentially have a problem on her hands, she made some adjustments to her habits. “I started going to gym instead of driving to the bottle store after work. And I feel so good after gym that I don’t feel like drinking,” she says. It has had a ripple effect on how she approaches alcohol now. “I try not to drink during the week, and on weekends I’ll drink if I’m out with friends. I don’t just drink a bottle on my own anymore,” says Paulse.

*Names have been changed

Getting help with binge drinking

If you or someone you love is having problems with binge drinkingor alcohol abuse,you can contact one of these organisations:

This article first appeared in print in the Sowetan S Mag June 2019 edition.