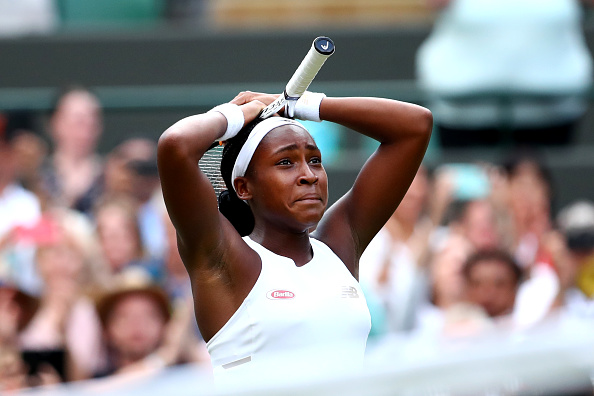 Cori Gauff of the United States celebrates victory after her Ladies' Singles first round match against Venus Williams of The United States during Day one of The Championships - Wimbledon 2019 at All England Lawn Tennis and Croquet Club on July 01, 2019 in London, England.
Image: Clive Brunskill/Getty Images

There's a new rising star at the Grand Slams and her name is Cori "Coco" Gauff. The 15-year-old tennis player might only be ranked 313 in the world according to the Women's Tennis Association (WTA), but she's proving to be one to watch — she recently beat her idol, the legendary Venus Williams, in her Wimbledon debut.

Here are seven things to know about her:

After entering on a wild card, Gauff became the youngest player ever to qualify for Wimbledon in the Open Era.

That said, according to CNN, she's actually the 12th youngest to play at the tournament; the other 11 didn't advance through the qualifying rounds.

Gauff's defeat of Williams also makes her the youngest player to win a match at Wimbledon since the early 1990s, reports CBS News.

3. SHE COMES FROM A SPORTY FAMILY

Her father, Corey Gauff, whom she was named after, used to play for the Georgia State University basketball team. Her mother Candi Gauff was a gymnast, heptathlete and track star. 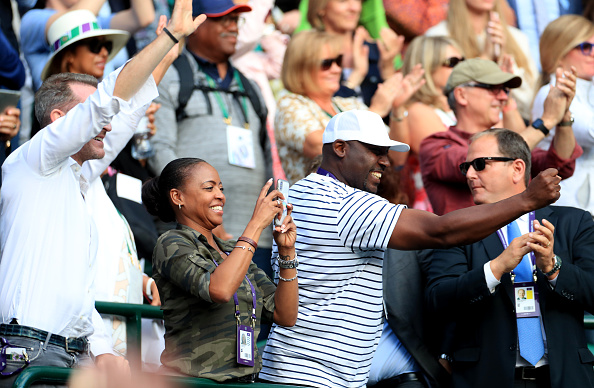 4. SHE LOOKS UP TO THE WILLIAMS SISTERS

Gauff told ESPN that, just like her other idol Serena Williams, she also wants be a GOAT (the greatest of all time). She's even trained with Williams' coach.

Facing off against Venus Williams at Wimbledon was apparently a dream of Gauff's.

After defeating Williams, Al Jazeera reports that she paid tribute to her hero, telling her "thank you for everything [you] did. I wouldn't be here if it wasn't for [you]".

5. SHE DOESN'T LET TENNIS INTERFERE WITH HER SCHOOL WORK

Rumour has it Gauff wrote a science test just before taking part in Wimbledon's qualifying rounds. According to Al Jazeera, some of her teachers weren't even aware she played tennis before she was drawn to play in the famous English tournament.

6. SHE'S ALREADY ESTIMATED TO BE WORTH MORE THAN R14M

Gauff has signed deals with sportswear brand New Balance, tennis racket maker Head, and the pasta company Barilla. Forbes estimates that these endorsements will earn the youngster at least $1m (about R14.1m) this year.

Looking through her Instagram feed, Gauff is just like any other 15-year-old. She posts filtered pictures captioned with pop star Rihanna's lyrics, and #throwback images of her and her family.

Of course, she also has posts that very few teenagers can boast of: snaps of her with her tennis idols, who have now become her colleagues on the court.