Khayelitsha to Milan: Siphosethu Ncise set to be SA's next supermodel 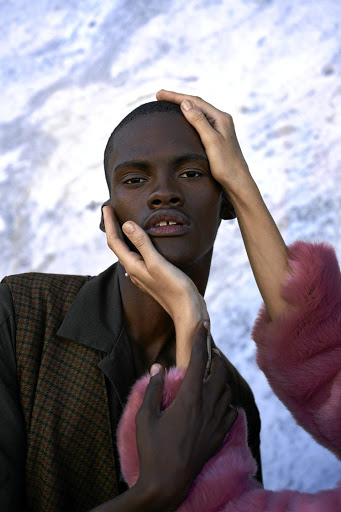 In his pictures Siphosethu Ncise looks every bit the new-age supermodel: 1.87m tall with impossibly smooth skin and a diastematic smile. "I think my smile has helped me stand out from the crowd," he says. "Even though I'm more serious in most shoots it's helped me get a lot of jobs. Although someone once told me I had 'iconic ears'. I was like, 'Whaaaat?!'"

Ncise's first exposure to the world of fashion was at the age of 12 when he watched his first episode of America's Next Top Model. "I used to shout at the TV and tell the models, 'Don't pose like that! Do it like THIS.' When each episode ended I was always sad. I just wanted to be part of that world."

Ncise was born and raised in Khayelitsha in Cape Town. He is one of four children and his mother, Constance, is a teacher. "Most of the kids in my street were involved in gangs or doing drugs. I was bullied as a teenager for 'playing with girls'. I 'came out' at 16 while I was still in high school. It was a very hard thing to do, but my family has always supported me."

Despite his love of fashion, Ncise initially chose to study accounting. At 21, after one year in college, he accompanied a fellow aspiring model to an open day at 20 Model Management in Woodstock.

"We saw in Sethu what he saw in himself," says agency founder Robin Fryer, himself a former model, once based in Milan. "He's got something that's hard to define. We found the right photographers to shoot him and invested in building his career."

"My first few shoots, I was nervous," says Ncise. "But the photographers always said, 'Are you sure you haven't done this before?'"

But convincing his mom to let him give up his studies and take on modelling full-time proved more challenging than convincing an agency to invest in his career. "She was very nervous for me. She even spoke to her pastor. He's actually the one who said, 'If he loves it, let him do it!' I'm so grateful to him."

After shooting with several Cape Town-based photographers Ncise's portfolio was eventually extensive enough for Twenty to send to agencies in New York and Milan.

"We recognised the fact that his look was very editorial and his talent could be lost in a commercial market like Cape Town," says Fryer.

"When I travelled to Italy last year it was my first time on a plane," says Ncise. "I arrived at the airport four hours early - I didn't want anything getting in the way of me getting to Milan!" 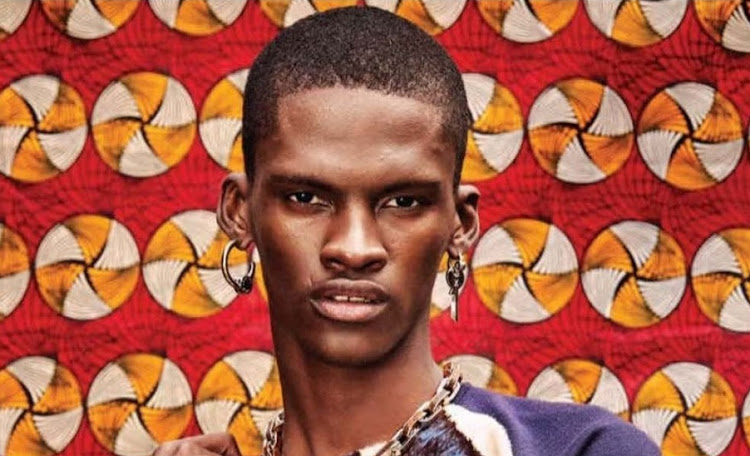 The trip resulted in a main editorial in Vogue Hommes shot in Paris by renowned Italian photographer Paolo Roversi. Fashion designer Alessandro Michele took him to Rome to work for Gucci. "I was so nervous to meet him, my legs were shaking. They all spoke Italian, I had no idea what they were saying, but they seemed to like me."

He then took on Milan Fashion Week walking for luxury German Fashion brand Jil Sander. "I arrived so early for the show, even before they had set up the runway. When I eventually got to walk I just felt like I belonged there."

I arrived so early for [the Jill Sander show at Milan Fashion Week], even before they had set up the runway. When I eventually got to walk I just felt like I belonged there

Though Ncise is clearly riding high, he admits rejection is still a huge part of his chosen career. "My sister and my mom are always there to encourage me when I have my down days."

And now that his initial dream has been realised, his goals are more defined. "I want to be on the cover of Vogue and GQ. I want to walk for Prada, Fendi and Chanel."

And his plans aren't far-fetched as the international fashion industry turns to Africa for inspiration.

"Africa is very diverse and rich in cultures and the world is finally showing some love and appreciation towards it. I'm definitely representing South Africa with everything I do. One of the reasons I'm doing this is to inspire more young people to follow their dreams too."