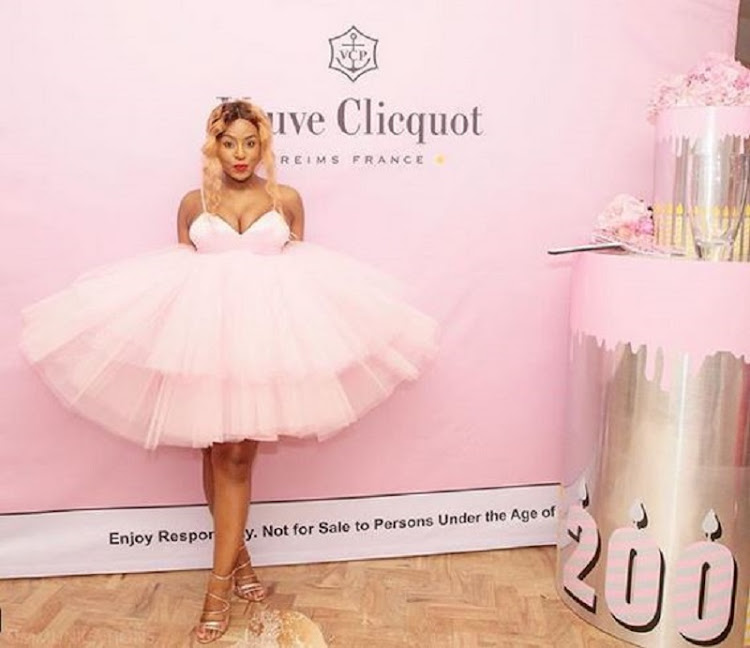 After months of speculation‚ actress Jessica Nkosi has finally confirmed that she is pregnant with a baby girl and is happily in love with her partner‚ Uzalo’s Ntokozo Dlamini.

Claims of the couple’s romance and pregnancy first surfaced in a report by Sunday Sun earlier this year‚ but speaking to True Love magazine recently‚ Jessica finally confirmed the good news.

She told the publication that she was not trying to hide the pregnancy from her fans but just wanted to enjoy the journey and her relationship without the spotlight being on her.

“There’s nothing scandalous about my pregnancy. Therefore‚ I don’t want any drama around it and I certainly don’t want anyone to have an opinion about it.”

The star took a small break from social media but later returned‚ posting a picture of herself in a puffy dress that sent the rumour mill into a meltdown.

Even though news of her pregnancy has now been confirmed‚ Jessica told True Love that fans still won’t get a glimpse of her man on her social media accounts‚ not because she’s ashamed of him‚ but she wants her romance all to herself.

Sharing the cover on Instagram‚ Jessica apologised to fans for keeping them in the dark. She

So I have something to share with you all. I’m very sorry I’ve been quiet and kept you in the dark about me.

The actress explained that she was now ready to share what she called her “biggest blessing” with fans.

“Now I’d like to share with you my blessing that God has gifted me with (well not just me... US lol). I feel chosen and blessed beyond compare.”

Good morning loves ❤️❤️❤️ So I have something to share with you all. I’m very sorry I’ve been quiet and kept you in the dark about me. I’ve been going through a few things and decided to take a little break and get alright but I’m much better now... 🙌🏼 Now I’d like to share with you my blessing that God has gifted me with (well not just me... US lol) I feel chosen and blessed beyond compare. We can get @truelovemagazine and read about it... - I have to, have to thank you for your continued love and support and care most of all. I LOVE YOU GUYS. And Ngiyabonga ❤️❤️❤️ #JessicaNkosi

Jessica is also taking a break from screens during her pregnancy and is expected to return early next year.

It is of course not the first time that the Isibaya star has disappeared from screens.

“It’s just something I felt I wanted to do at this point in my career. The opportunity availed itself‚ and I guess it found me at a point where I was like ‘yes yes yes!’ Having studied drama‚ the last time I was on stage was in my final year and I missed it‚” she said.

She returned to the show two months later‚ before leaving again when she fell pregnant.