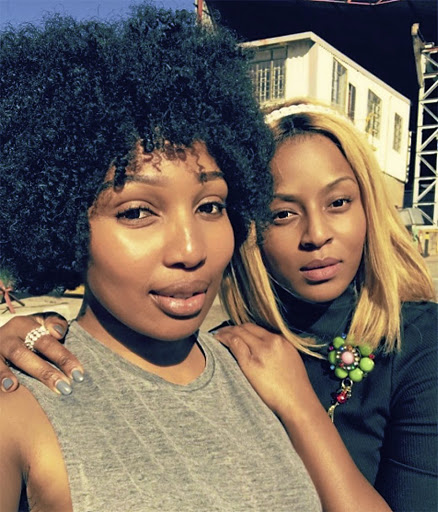 Bootylicious actress Phindile Gwala was allegedly dumped by Isibaya actress Jessica Nkosi as a friend over the hard cash lunch incident in Sandton.

The details about the collapse of the two TV beauties' friendship was revealed by Nkosi's public relations agency boss Sarit Tomlinson of Capacity Relations last week.

This, Tomlinson said, was because Gwala, who resigned from SABC drama Muvhango in July, had ambushed Nkosi to pose for pictures with a dish full of money in which she was showed in the company of two other men indulging in the hard cash.

The incident sparked a serious backlash from social media users and had also captured the interest of the police who, upon learning about the video, promised to investigate the incident to establish if the money paraded was not as a result of crime.

Sunday World can reveal that Nkosi did not take kindly to the backlash she received about the video and allegedly booted out Gwala from her circle of friends.

"She ended her friendship with Gwala because she is normally not the kind of person who was shown on the picture. She was ambushed for that picture. Jessica does not hang out like that, hence she decided to disassociate herself from Gwala," said Tomlinson.

When contacted for comment, Gwala was dismissive and said the matter was too personal to talk about it in the media.

"That's a personal matter. I wonder if you go around asking people about their personal issues. In fact, how come no one ever called me when I was in Hollywood doing amazing things to write a story about my trip?" asked Gwala before hanging up.

Fans of actress Phindile Gwala will see a different side of her in a romantic comedy.
Lifestyle
4 years ago
Next Article