Do away with adverts for ‘miracle cures’ 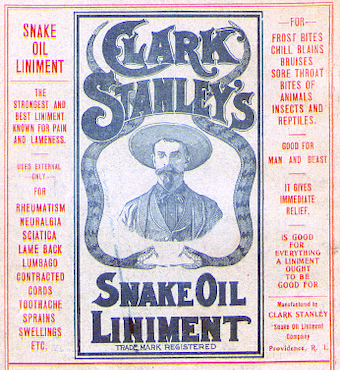 Advertisements by so-called chiefs and professors offering miracle cures for all ailments are not on, says the writer.
Image: WIKIMEDIA COMMONS

Advertising is the backbone of any publication in the media industry. It is through advertisements that the print media is able to generate enough revenue to sustain itself. However, the pushing of such advertisements in desperation will result in newspapers losing the required moral and ethical compass.

Sowetan, as a credible and respectable newspaper founded on the principle of nation building as espoused by its late editor Dr Aggrey Klaaste, should be careful not to lose its moral compass at the expense of profit. Advertisements under the classifieds section in Sowetan leave much to be desired and are in contrast to the spirit of nation building.

Advertisements by so-called chiefs and professors offering miracle cures for all ailments are not on. We can bring back lost lover and win court cases for you, they proclaim. Depositing millions in one’s bank account is not something we want to promote in our society because we should behave in the spirit of ubuntu and work hard to earn a living and not wait or pay for miracles to happen.

More often than not our people fall prey to such advertisements and end up being robbed of their hard-earned money. This, then, leads to our people becoming poorer and poorer. The people who claim to have such powers to perform miracles are usually not South African but  foreigners hell-bent on making a quick buck and vanishing.

If indeed such people possess such powers, why did they leave their countries where their skills are desperately needed? I therefore plead with Sowetan to consider doing away with these types of advertisements because they add no value to our country.

Please revisit your advertising policy to save our nation.

As the number of people who have contracted Covid-19 increases, let's us be reminded that there is no cure or vaccine for the disease. Anyone
Opinion
2 years ago

The African Christian Democratic Party (ACDP) on Monday welcomed reports that controversial Pretoria preacher Penuel Mnguni had been arrested‚ and ...
News
6 years ago

Controversial “Snake Pastor” Penuel Mnguni sought the deliverance of televangelist Pastor TB Joshua from the “spirit” that pushed him to engage in ...
News
4 years ago
Next Article