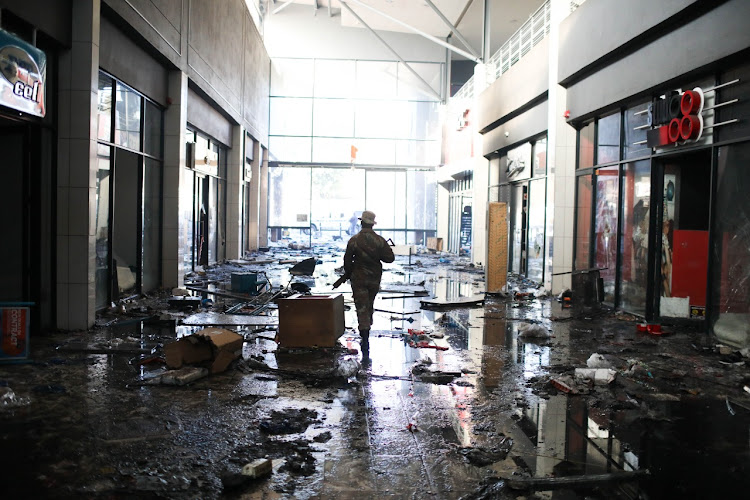 When the July riots broke out, resulting in shops being looted, we all thought it was because of Jacob Zuma being arrested but there is more to it than meets the eye. This was a calculated, orchestrated move by our politicians who always use our dire economic situation when fighting their political battles.

It is a shame and a pity that the whole thing was blamed on Zuma’s arrest as being the main igniter.

Politicians always use poor people as scapegoats. People were actually instructed to go on a looting spree in an effort to discredit President Cyril Ramaphosa. They knew this turmoil would bring the whole country into disrepute.

The ANC has been reduced to a Mickey Mouse party with their divisions and fights over leadership positions. With their elective conference fast approaching in December, with some endorsing Ramaphosa for a second term, there are already signs of the undermining of the party’s processes.

When we elect MPs and councillors to leadership positions it is because we see them as deserving candidates to represent our grievances in parliament and legislatures. We do not elect them to satiate their hunger for political power at our expense.

Not everyone looted but everybody was badly bruised and directly affected by the looting. Politicians, stop using the situation of our hunger and poverty for your selfish agendas. Do we really deserve this inferior, pathetic treatment? Stop taking us for a ride. You may fool us today but not all the time.

President Cyril Ramaphosa says he was troubled by the images of food being recovered from homes of those who had looted shops during last year's ...
News
1 month ago

Here's what you need to know about the grants being offered to help businesses get back on their feet after last year's unrest.
News
2 months ago

Justice and correctional services minister Ronald Lamola faced tough questioning over the failure of the state to bring to book political masterminds ...
News
2 months ago
Next Article