Capitalism compromises the health of the poor 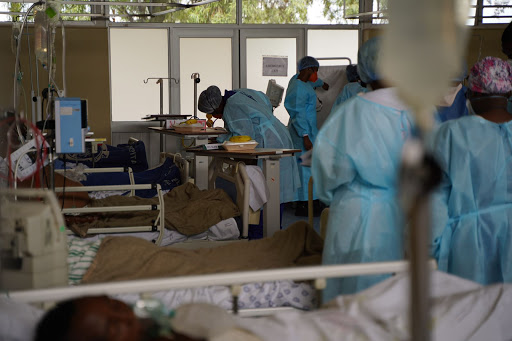 Nurses make up a large part of the healthcare workforce in South Africa, but almost half of them are set to retire in the next 15 years. File photo.
Image: Emile Bosch

Many people have died of HIV/Aids related illnesses and clearly with the goal of ending Aids by 2030, it means many more will die. I appreciate the work of the government for ensuring that people living with HIV receive the ARVs to sustain their lives.

There were many unconfirmed reports and theories that there’s a cure for Aids. Whether this is true or not, it is no longer important for we all know that scientists can find any cure for any ailment. It's just that profit or capitalism must precede the interests of people sick or healthy.

I believe in scientific research, but I find it very concerning that at times some of the research takes too long for a cure to be discovered and some research takes few years. In SA, we knew about HIV/Aids since early 1980s to date and a cure has not been found and many lives have been lost. It seems like the scientists have a solution but putting profit above everything is a problem.

Truly if capitalist governments and science can prioritise the health of every person poor or rich, the world would be a better place to live in. Yes, I am not a scientist, but I want to put an argument out there that science is our gift and it must be used fairly and objectively to better the lives of many people, especially the poorest of the poor.

The plan or goal of ending HIV by 2030 simply suggests that scientists can find or develop a cure before 2030. Privatisation of health resources should be discouraged at all cost because it is the poorest of the poor who are always at the receiving end.

Deputy President David Mabuza is expected to reaffirm SA’s commitment to greater unity of the African continent at the 21st International Conference ...
News
1 month ago

Minor girls, some as young as 10 years old, are living with  HIV/Aids contracted from men who prey on them in exchange for money. This is ...
News
1 month ago

The Forum of International Respiratory Societies says the Covid-19 pandemic has shifted the focus from HIV testing and restricted access to Covid-19 ...
News
1 month ago
Next Article