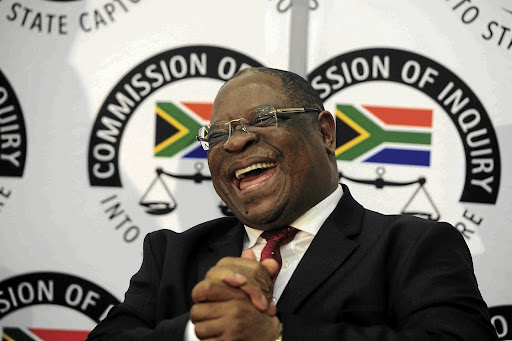 The choice for the next chief justice will be decided soon. Deputy chief justice Raymond Zondo has the superb qualities to be our legal supremo. He is known to capture the people’s imagination like no other chief justice before. He has spawned a fan-following that can be the envy of a rock star or a screen diva.

Judge Zondo has litigated in cases that set the architecture of safeguarding the constitution from desecration. His legal career as an eminent jurist and a distinguished judge can be characterised as one that is a commitment to ideals and a dedication to purpose and service.

His numerous judgments are uniformly and meticulously researched and carefully reasoned. His decisions demonstrate that he protects the constitutional rights of any person or group, he favours neither the rich nor the poor, but rather accords equal justice to all.

There is no niche into which he can be placed other than the one designated “excellent”. Judicial temperament has been described as reflecting, patience, open-mindedness, courtesy, tact, courage, punctuality, humility, firmness, understanding and compassion. Zondo possesses all these traits.

His record clearly demonstrates that when adjudicating cases, he has no judicial timidity and applies the law as he sees it. His unfailing fairness, his humanity and his humility in wearing the privilege and power of high office without ever succumbing to pomposity or arrogance are always on display when he presides. Fearless and courageous, thorough and resolute, his judgments are always reference points for other judges and lawyers.

DCJ Zondo is an outstanding and dedicated patriot who serves our country with unswerving commitment.

His contributions to our constitutional law and jurisprudence are unrivalled. He provides superb leadership for the legal system, improves the delivery of justice for the people and he has earned the admiration of his colleagues throughout the judiciary.

The presidency has confirmed that 25 people were recommended for the position of chief justice, but 'only eight nominations met the criteria'.
News
10 months ago

The panel set up by President Cyril Ramaphosa to compile a shortlist of candidates for the position of chief justice has met to thrash out the ...
News
10 months ago

Age is not just a number. This was the impression given by acting chief justice, Ray Zondo when he interviewed a Gauteng judge-hopeful, advocate ...
News
10 months ago
Next Article