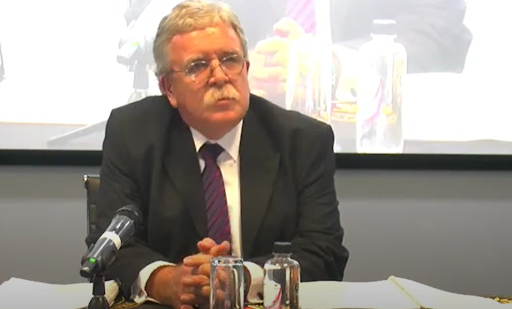 Advocate Johan Holland-Müter SC on Tuesday told the Judicial Service Commission that at 65, he doesn't feel he is too old to apply for a judge position.
Image: Screengrab

Age is not just a number. This was the impression given by acting chief justice Raymond Zondo when he interviewed a Gauteng judge-hopeful, advocate Johan Holland-Müter SC, on Tuesday.

Holland-Müter, a 65-year-old lawyer, was hoping to secure one of 10 vacant posts in the Gauteng division of the high court.

Holland-Müter, however, said he believed his health was good, adding that he had about seven or eight more years to give to his career before considering retirement.

But Zondo pressed on, questioning why the Judicial Service Commission (JSC) should consider a man who was coming in “at the tail end of their career, would work for a few years and get the benefits of other judges who have served in the same position for years”.

Among the perks for retired judges is that they receive their salaries — an average of about R1.8m a year

Holland-Müter replied he was not after the benefits, saying “I feel in my soul I still have a lot to give back to my country”.

He told the commission he knew he would most likely not qualify to receive the full benefits of a judge and had therefore made provision for this by ensuring he would retire comfortably.

“The benefits are not a consideration on my side,” he said.

Zondo pointed out that to qualify for the full benefits, he would need to serve about 10 full years as a judge, meaning he would retire at around the age of 75.

The seasoned advocate told the commission about his long judicial history which stemmed back to the apartheid era.

Asked about his legal role in the 1980s at the height of apartheid, Holland-Müter said back then “he became disgusted with the system”, saying he discharged many of the cases that came before him as a magistrate. These were mediocre cases, which in some instances involved black men arrested during hostel raids after being found with women in their rooms.

Also vying for one of the positions was advocate Cassim Moosa, who has held the role of acting judge of the high court since 2015.

Moosa has unsuccessfully tried many times to secure a permanent high court position. During his last unsuccessful interview in April, Moosa came under scrutiny for delays in delivering judgments, particularly between 2017 and 2018.

While his responses to this in the April interview had not impressed the judges, during his latest interview Moosa told the commission he had done a lot of reflection and had become sensitised and conscientised to the seriousness of delayed judgments.

“I have learnt from that specific exercise and have not found myself in that position again,” he told the commissioners.

He said he harboured no bad feelings about being overlooked for the position in the last round of interviews, adding he was not discouraged and it would all happen in good time.

“I have a passion for law and justice and therefore had to realise the people are above my individual wants and rights,” he said.

“When the time is right, and the people are of the view that I deserve to be appointed permanently, it will happen.”

Commissioners agreed that Moosa had portrayed a different character, with commissioner China Dodovu saying “he oozed confidence, showed much difference and improvement”.

Moosa said the rejections were “an opportunity to learn from my mistakes”.

On Wednesday, the commission will interview the five remaining candidates before making their recommendations on who should fill the vacant positions.

Once these appointments have been made, the president must still fill a further two vacancies and appoint a chief justice before the Constitutional ...
News
10 months ago

‘I never enforced apartheid through the barrel of a gun’: Gauteng judge candidate

A visibly nervous advocate Daniel de Villiers SC on Tuesday took his seat to be interviewed for a second time this year for the position of a judge ...
News
10 months ago
Next Article