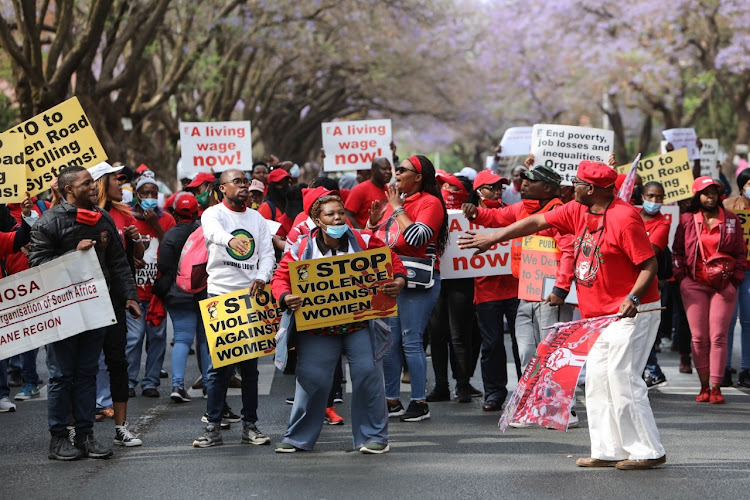 There is an ongoing debate about government spending a lot of money on wages. But no one is talking about nepotism, where unqualified comrades, family members and friends are employed (sometimes without being interviewed) and given top positions in the public sector. This is one area where government is wasting money on.

The Workers Day, celebrated internationally on May 1,  has now lost its significance in SA. Many workers, especially the hugely unemployed youth, don't recognise it anymore. It has become an ordinary day. Sad.

The workers today are no longer a valued human resource; they are used as tools, overworked and underpaid. When they ask for an increase, they are told there is no money. Yet senior managers earn fat salaries and get big bonuses every year, without fail.

The government, which was friendly to workers, has become an enemy of workers. It does no longer recognise the value add and invaluable contribution of its employees to the public sector. Instead, it treats them as a liability.

Last year, government offered public servants a 0% annual increment. Yet it had a three-year wage deal, which was due to kick in last year, with its employees. This year, government is offering a 0% increment again, saying it has no money.

On the other hand, Salga is offering civil servants a mere 2,8% increment and a three-year freeze on benefits such as medical aid. It is also claiming to be low on cash. Yet local government has become an epicenter of corruption. And perpetrators are getting away with murder.

It is clear from the above that workers are worse off. They are not enjoying the fruits of our hard earned democracy. So, they are not looking forward to celebrating Workers Day, understandably so.

‘Vote them out if they are abusing resources’: Cyril Ramaphosa on local elections

"Exercising our right to vote is by far the most powerful form of protest. If those who claim to serve you are not doing so, vote them out, because ...
News
9 months ago

South Africa's public sector unions want a general salary rise of consumer inflation plus 4% for all workers, a document they presented to the ...
News
10 months ago

Public sector unions want a general salary rise of consumer inflation plus 4% for all workers, a document they presented to the government showed on ...
News
10 months ago
Next Article