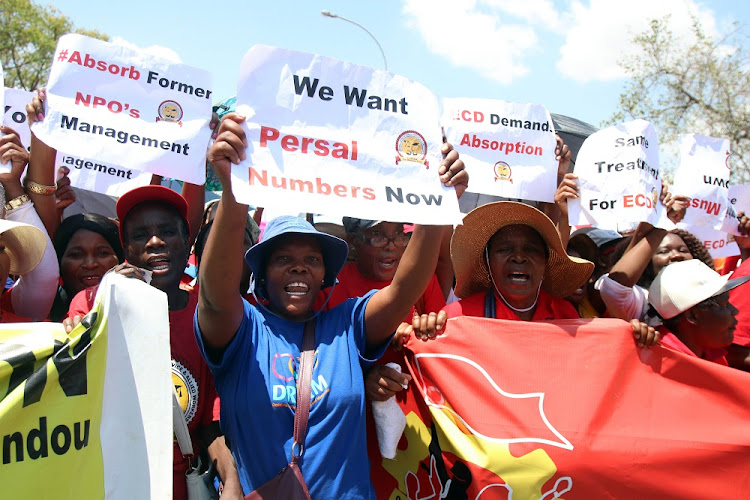 Finance minister Tito Mboweni has stuck to his hard line on the salaries of public servants, proposing “moderate adjustments” to wage increases way below inflation for the upcoming financial years.

In his budget review presented to the National Assembly on Wednesday afternoon, Mboweni said “allowing the [public sector] wage bill to continue rising in line with recent trends is not sustainable”.

Mboweni was referring to the recent past practices in which public servants have been scoring above-inflation salary increases, which have seen 41% of government revenue going to civil service salaries by 2021.

Mboweni said the government was phasing out the payment of performance bonuses, while they were also considering to “amend or abolish some allowances or benefits”.

Despite that decision being the subject of court challenges by labour unions, Mboweni has stuck to his guns.

He told MPs that he was “proposing a significant moderation in spending in the consolidated wage bill, which grows by an average 1.2% over the medium term” or in the next three years.

The move is likely to heighten hostilities between Ramaphosa's government and labour organisations such as Cosatu and the Public Servants Association.

The public sector wage bill stood at just R550bn in 2017, shooting up to R623bn by 2019, the period characterised by above-inflation increases during former president Jacob Zuma's tenure.

Government will negotiate on the basis of fairness, equity and affordability. A pact that exceeds the budgeted amounts would present a risk to the fiscal framework.

But Mboweni said he was projecting for the public sector wage bill to peak at just under R660bn in 2024 as he pushes for modest increases and other measures to trim the salary bill.

“These growth rates can be achieved through, for example, doing away with annual cost-of-living adjustment in the public service until 2023/2024, together with measures to reduce head counts, a combination of early retirement and natural attrition, as well as freezing or abolishing of non-critical posts.

“In addition, government is exploring measures such as harmonising allowances and benefits, reconsidering pay progression rules and reviewing occupation-specific dispensations.”

Mboweni said they would continue these negotiations at the Public Service Co-ordinating Bargaining Council.

“Government will negotiate on the basis of fairness, equity and affordability. A pact that exceeds the budgeted amounts would present a risk to the fiscal framework.

“For example, a three-year inflation linked agreement would raise the total shortfall to R112.9bn by 2023/2024. And an agreement similar to the one achieved in 2018 (one percentage point higher than inflation) would create a compensation shortfall of R132bn by 2023/24.”

Finance minister Tito Mboweni has allocated R10.3bn to fund a massive vaccination programme to shield the entire population against Covid-19 in the ...
News
1 year ago

Equal Education members, joined by parents and pupils, are protesting outside parliament in Cape Town ahead of finance minister Tito Mboweni’s annual ...
News
1 year ago
Next Article