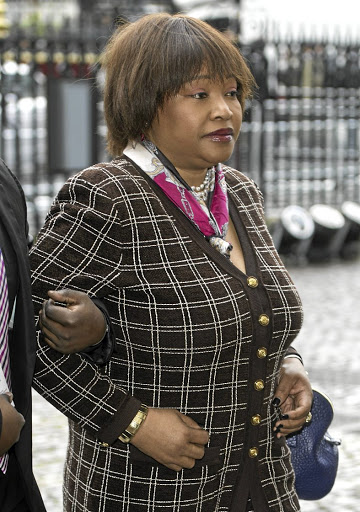 The reader is telling extremist groups, such as AfriForum, to say nothing about Zindzi Mandela, just like they did nothing withe regards to Helen Zille's sentiments on twitter.
Image: Supplied

AfriForum is not just composed of racists but of a bunch of bullies as well. Here is an organisation that thinks black people should ask permission from them to air their views.

They have consistently denied that they're a racist organisation but they never said a word to admonish Helen Zille. Truth be told, Zindzi Mandela hasn't said anything that hasn't been said before.

Whether she's an ambassador or not, she's entitled to her views. In a way, she has confirmed what I always believed that extremists have so much in common than they care to admit. AfriForum has received support in unlikely places.

Black extremists who claim to represent poor blacks are also up in arms. According to them, Mandela is too privileged to speak for the landless people. They further accuse her of dining and socialising with same whites who won't give us land.

The DA has joined AfriForum in calling for the head of South Africa's ambassador to Denmark, Zindzi Mandela, over a tweet about land.
News
2 years ago

There's something that social networks do to people that makes them throw common sense out of the window. Someone told me it's caused by a sense of security provided by airing views on a keyboard.

The more you read what these self-appointed spokespersons of blacks, the more you sense a tinge of jealousy.

For the record, Zindzi and her sister Zenani know what suffering is. They were denied the right to be with their parents for long periods.

Some of our young people who don't bother to read about apartheid history are tiring. These are the same people who have branded Zindzi's father a "sell-out".

AfriForum on the other hand is drunk from freedom provided by people they used to call "terrorists". It would be unfortunate to deny people like Zindzi their freedom of speech.