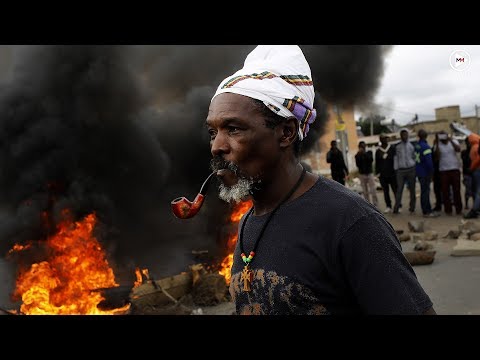 Residents of Alexandra in Johannesburg blocked roads in various parts of the area over what they say is poor service delivery and a lack of development.
Image: Alon Skuy

When we returned from exile, the majority of comrades who resided in Alexandra in 1970s and prior only went back to visit their families.

During conversations these comrades told us that instead of improving, Alex had deteriorated. It was only home sickness that made many comrades to go back to see their loved ones.

But, as the majority said, "we were born and grew up there but now we are waiting for our political party to buy us houses, but all in vain".

Instead, the majority of comrades that were in the army, now SA National Defence Force, preferred to stay in the military camps until the government gave them accommodation.

When we discussed the issue of accommodation in the camps, the Alex group complained that there were too many illegal Mozambicans and Zimbabweans in their kasi who were busy doing all sorts of crime.

The leader of the #AlexShutDown movement has slammed DA Gauteng premier candidate Solly Msimanga for opening a case against their action.
News
2 years ago

It took time for the political parties to buy these comrades houses but, even though they did not buy houses for all of them, they finally did.

These comrades told us that Alex was not fit to accommodate people that fought and defeated the apartheid monster.

It is alleged that the population of Alex is now about a million and the ANC government once promised a budget of about R3bn "... to build more houses to try to de-congest Alexandra".

However, I beg to disagree with the headlines in the Sunday World of April 7, 2019, authored by Thabo Seneke, saying "Alexandra township is the forgotten step-child of Joburg metro".

To accuse the ANC in the middle of a protest in Alexandra is so low.