End corruption before it ends us 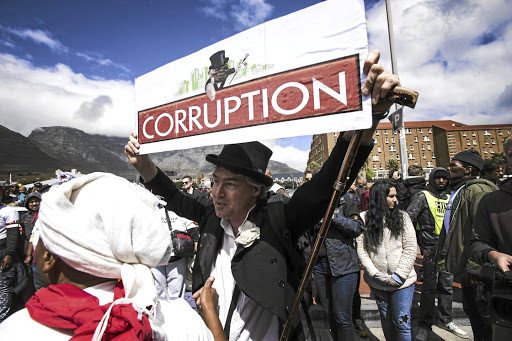 Corruption has increased to such a level that SA is ranked among the top 20 corrupt countries in the world, says the writer. / David Harrison

For years, many have observed that a "cancer" has been steadily growing in the government.

A lack of integrity or respect for the law has flourished around powerful government officials.

The lack of respect for truth and our nation has fed this "cancer".

South Africa is facing a grave problem of corruption that threatens the basic foundations of society.

Corruption is so present in politics it's as if people really believe it's a natural or inborn feature of SA democracy.

Corruption is increasing to such a level that SA is ranked among the top 20 corrupt countries in the world.

Parliament’s Portfolio Committee on Police has condemned the participation of senior police officers in criminal activities and says the fight ...
News
4 years ago

The major reasons of fast-creeping corruption are political instability, poverty, unequal structure of society, unemployment, lack of accountability, weak political institutions and absence of the rule of law.

This is an appeal to all government figures - please don't sleep now; don't close your eyes deliberately. This is the time to wake up and to fight corruption. Everyone has to get ready to end this corruption otherwise it will end us.

The hope for South Africa's "cancer" is radical treatment. We must remove and prosecute those officials who have violated their oath and the public trust.