Ministers' wives - and husbands - must be beyond suspicion 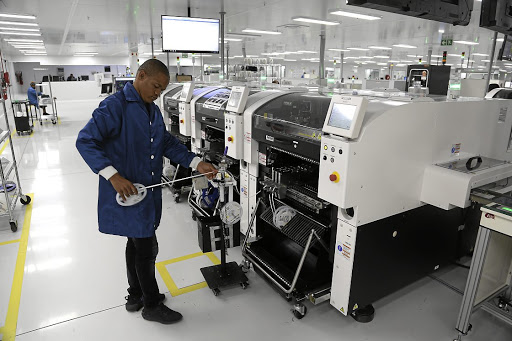 Yekani Manufacturing faces liquidation less than two years after it was launched with much fanfare by the department of trade & industry. /MARK ANDREWS

It is most probable that the imminent collapse of a R1bn black-owned technology company in the Eastern Cape had little to do with its owners refusing to sell a majority stake to the husband of a cabinet minister.

It is also likely that Yekani Manufacturing's financial troubles are a result of tough trading conditions and bad financial management on the part of its executives.

The Daily Dispatch yesterday reported that the company's CEO and owner, Siphiwe Cele, "was living a lavish lifestyle, even taking R3.4m out of the company account to buy himself a Bentley".

The newspaper also reported that some of the company's 450 employees, whose jobs are under threat as Yekani faces liquidation, accuse Cele of having built himself a mansion in an exclusive suburb in East London instead of using the resources to save the business.

Yekani first hit national headlines when its R1bn factory was officially launched in 2018 with the department of trade & industry parading it as one of the success stories of the Jacob Zuma administration's drive "to create" 100 black industrialists.

The plant was to manufacture Explora decoders for MultiChoice, smartphones, tablets and laptops for other companies.

It was a "good story to tell" and a demonstration that the ANC government was moving towards "radical economic transformation", where the means of production were no longer the exclusive preserve of "white monopoly capital".

But barely two years later, the company faces ruin. MultiChoice stopped doing business with it, there is no sign of Yekani smartphones hitting the market and workers have been told to stay at home and have not been paid.

Then two weeks ago it was reported that the company faces liquidation as Standard Bank has taken Yekani to court demanding R68m owed to it.

This weekend, the Sunday Times reported that Cele blames Yekani's imminent collapse on his refusal to sell the majority of the company to Thato Abrahams, husband of communications minister Stella Ndabeni-Abrahams.

According to Cele, he was invited to the offices of the Industrial Development Corporation (IDC) in April 2018 where he was told R5bn had been earmarked by the state-controlled agency for funding projects in the Eastern Cape. He said he was told R1bn would be made available if he sold a stake to "an investor" who turned out to be Abrahams.

Although they confirm that the meeting did take place, the Abrahams and the IDC deny they tried to get Cele to sell a stake of Yekani.

The minister labelled it as "disingenuous" to blame her husband for "the challenges faced by Yekani".

Yekani itself seemed to be climbing down on its claims in a statement published on its website yesterday: "Yekani would like to reiterate that it does not blame Minister Stella Ndabeni-Abrahams and her husband - or anyone else - for the financial issues the company is experiencing currently.

"I'ts priority remains to do everything in its power to protect and save the jobs of its employees."

Interestingly, the company and its CEO did not accuse the Sunday Times of misquoting Cele.

But even if it is untrue that the IDC tried to strong-arm Cele into selling part of Yekani to Abrahams, there are a number of undisputed facts in this story that must have all of us worried.

Ndabeni-Abrahams is right to assert her husband's right, as she did via her spokesperson Nthabeleng Mokitimi-Dlamini, "to pursue business interests as long as all is above board".

But given potential conflict of interest and possible accusations of undue pressure and influence, a minister's spouse should avoid doing business with the state. She was deputy minister of communications at the time of the meeting.

By the IDC's own account, Abrahams applied for funding for a business venture similar to Yekani's.

This means he was looking for state funding to operate in the same space regulated by a department that had his wife as a deputy minister.

Yes, it is not illegal to do so, but given that proximity to power is abused by some for commercial reasons, it would be prudent for spouses and other family members of ministers and senior government officials to avoid anything that may raise suspicion of undue influence.

An exploration and production sharing agreement has been signed between South Sudan and South Africa’s Strategic Fuel Fund.
News
2 years ago

Apart from exploration licences, Sudan also has under-developed blocks up for licensing, where oil is proven to exist
News
3 years ago
Next Article