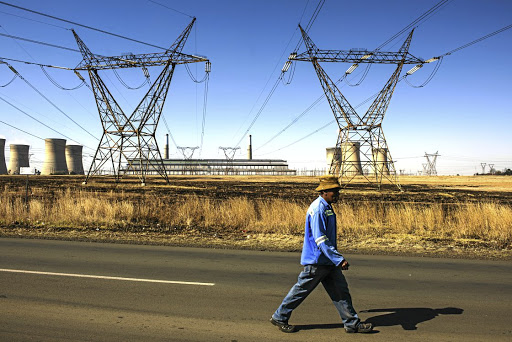 Action on Eskom is a litmus test of the political will to address the governance deficiencies across the state./ Getty Images / Waldo Swiegers

It is always good to do an analysis of a situation before proceeding to take action. But it is possible to be stuck in an analysis rut leading to a state of paralysis.

This seemed to be the status in government when it comes to Eskom, until this week. The release of a road map for the state-owned entity by public enterprises minister Pravin Gordhan, on the president's instruction, is a sure sign yet that the government is acting.

And that's the point that President Cyril Ramaphosa and his administration are at pains to make.

The action to be taken may not yet be cast in stone and there may not yet be the broad buy-in of social partners, but the government needs to reiterate as often as possible that something is being done.

Action on Eskom, whatever form it will eventually take, is a litmus test of the political will to not merely acknowledge but to address the governance deficiencies across the state. It is also an indicator of the developmental path the sixth administration considers best for SA.

Malusi Gigaba allegedly ordered that Eskom sign a sponsorship and advertising agreement with the Gupta-owned media entity, The New Age, after ...
News
2 years ago

Following another bout of load shedding, in his weekly letter on October 21 Ramaphosa reassured that priority was being given to addressing SA's energy challenges.

It has only been five months of the sixth administration. But Ramaphosa took over the government when he was sworn in on February 15 2018 after former president Jacob Zuma's resignation the day before.

The internal frenzy within the ANC to convince Zuma to step aside following Ramaphosa's victory at the Nasrec conference in December 2017, created the impression that the new man on the block could implement change to address the country's problems with immediate effect.

Completing his predecessor's term, his first go at steering the country was politically fraught. Ramaphosa had to consider the balance of forces within his party as well as assess opportunities outside of it.

The aim was to steady the ship. Managing the reputational damage arising from the previous nine years was top priority.

The message was that, "yes we are in crisis mode, but we have things under control".

Having gotten an electoral mandate in May, the expectation is that the sixth administration should be taking decisive action on the trouble spots.

Addressing Eskom debt and restructuring the entity is one of those. Dealing with Eskom is a big part of reviving the SA economy.

There can never be a solution to the Eskom crisis that pleases all affected stakeholders.

Action on Eskom is a statement on the development trajectory the country is going to follow and priorities that top the agenda.

Eskom board member slams 'interference', says there should be load-shedding

Eskom has experienced intense political pressure over the past year to keep the lights on irrespective of the cost, board member Busisiwe Mavuso ...
News
2 years ago

Thus far, National Treasury proposals have been criticised for being biased towards privatisation or, more mildly, the interests and agenda of the private sector.

This critique comes primarily from Cosatu, the ANC's alliance partner, that is of course motivated by the need to prevent job losses - which will affect its member unions and workers.

In a context of unemployment at a record high of 29.1%, retrenchments are a hard sell.

The sixth administration clearly does not want to add a war with the trade union movement to its list of woes.

There is also the contestation about prioritising coal for renewables in the age of global warming and climate change.

This is the debate over protecting the livelihoods of coal-mining communities as well as retaining the ability to provide power to fuel re-industrialisation versus lowering CO2 emissions and preventing ongoing environmental degradation from mining activities.

The Eskom question is a microcosm of the developmental choices that are staring SA in the face.

Eskom power stations will be grouped into clusters and compete among each other to produce cost-effective power and give consumers a better price.
News
2 years ago

The Lepelle-Nkumpi municipality in Limpopo has spent almost R30,000 of public funds to remove an electric power pole which was erected in the middle ...
News
2 years ago
Next Article